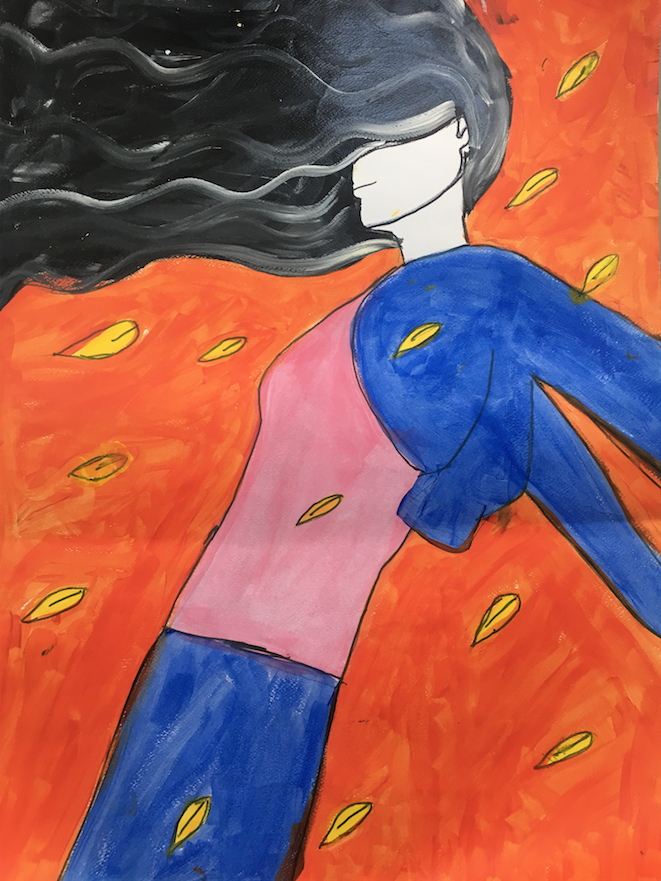 SB OverSeas (19.09.2018) – Amara was the girl in the front row of every class, hand always raised begging to answer the teacher’s question. She had little inside jokes with her teachers in both English and in Arabic. The head of the organization saw in her a chance to show to the world how hard they had been working to make a difference. Amara was the ‘difference’ – the change SB OverSeas sought to make in the community. At 13 years old, she was intelligent, respectful, and gaining the skills she needed to be independent. Then she stopped coming to school.

There was no warning, no explanation, no compromise. She had always been in class, and if not in class, just outside the entrance playing games and running free. She adored the school and the staff admired her; it was unfathomable to think that she would just not show up, but everyone falls ill now and then. Or maybe she had to take care of her younger sister. Or maybe her mother was ill. Or maybe she went to join a relative in Germany. Or was it England? Any one of the rumors that started to float around during the early days of her absence would’ve been easier to swallow then the truth: Amara was getting married.

Marriage in the shelter is always a party. It’s pure happiness, dancing, the best food. It’s the beautiful outfit, the laughter, feeling gorgeous. It’s a slight glimmer of pre-war normalcy, a return to a time many of the children will never know, a time the adults will never forget. Growing up in the shelter, Amara dreamed of her day, her moment, dancing and crying tears of joy at the sight of her Prince Charming. She wanted to be “like a princess from the movies”, but whenever someone asked which one, she’d shrug and say, “all of them!” She dreamed of her “pretty pink dress with all the sparkles” and her makeup rivaling that of a celebrity. On her wedding day she got everything she wanted. She was Jasmine, she was Cinderella, she was stuck.

Amara soon moved into her husband Ali’s family home kilometers away from the shelter she’d come to love. Ali was 6 years older than her and possessed no real education. With a full-time job in Saida, he lived with his parents and was more than ready to consummate the marriage. Within days, her 13 year old innocence was invaded and conquered and replaced by new life. In a community where the thought of contraception and family planning are more foreign than a foreign language, her first painful night with him led to pregnancy. Her mother never wanted her to get married. She saw such beauty in Amara’s mind that to her Amara was the future of Syria. Her father saw her marriage as a way out of a situation he still couldn’t wrap his head around. He saw it as one less child to provide for, one less mouth to feed, and maybe even a better future than what he could provide her on his meager wage.

As her stomach grew each day, she grew weaker. She wasn’t allowed out of the house much and was still expected to cook and clean like a maid. Her mother had never really taught her how to cook, or how to clean, and she had much difficulty figuring it out on her own. That’s where the beatings from her husband started, not gradually, but suddenly, receiving blows from the fists of a now 20 year old man at the slightest mishap in her spousal duties. His parents didn’t care. They never intervened, they encouraged and enabled. To them she deserved it. The girl that every volunteer used to see a light in, had that light extinguished by black and blue bruises and busted lips.

Less than a year before this, Amara used to sit outside with the girls playing with baby dolls, sometimes swinging them at the boys that would bother them, if necessary. She used to squeeze them and hug them close to her chest, wondering what it would be like to have one of her own. She wasn’t a stranger to babies at the shelter. When her younger sister was still a baby Amara would often carry her outside to meet her friends. She played with the babies in the school and knew every trick to make them stop crying. Now she was crying in the hospital after receiving the news that she wouldn’t be having a baby after all. Six months into her pregnancy, she suffered a miscarriage; a miscarriage at 14 years old.

This worried Ali’s family even more, as to them and to many in the community, a miscarriage meant something was wrong with her and that she’d never be able to bear children for them. She became ill afterwards and spent even more time in the house isolated. She stayed in bed for entire days, sick and barely able to stand on her own. The moment she gained some of her strength back, she was pregnant once more. During this pregnancy Ali decided that she wouldn’t be allowed out of the house at all, and she obeyed him. Her parents were allowed over sometimes, which gave her a few hours of happiness a few times a week. The months passed and she was back in the hospital. This time, she gave birth to a beautiful baby girl with light brown eyes – Amina.

Now that she’d have the responsibility of cooking, cleaning, and taking care of Amina, Ali made the decision to have her spend more time at home learning how to be a housewife from her mother. Walking back into the shelter was hard for her. She felt alien in a place that was once her home. People stared, the new volunteers didn’t even look twice at her as they never got the chance to know what an amazing girl she was. She was happy to be home though. She was delighted to hear how well her little sister was doing in school, and enjoyed being able to confide in her sister how much she regretted her marriage, but she always had to go home to Ali.

Her father was proud, and her mother wasn’t as angry about it as she used to be. Amara herself was starting to get used to it, but she still wasn’t happy with him. The time she got to spend at her family home became the world to her once more. She sat in the kitchen eating fruits, learning her mother’s recipes, and even listening to the songs she liked to dance to but soon enough, her parents started to argue often. Although the arguing seemed to appear out of nowhere, it didn’t take long for her to overhear: her father was making plans for her little sister to get married.

SB OverSeas is working to end child marriage. Read more about our advocacy here. The artwork used for this post are created in our centres as part of our empowerment programs.

HRWF database of news and information on over 70 countries:https://hrwf.eu/newsletters/womens-rights-gender-equality/