LEBANON: A cup of tea served by child brides 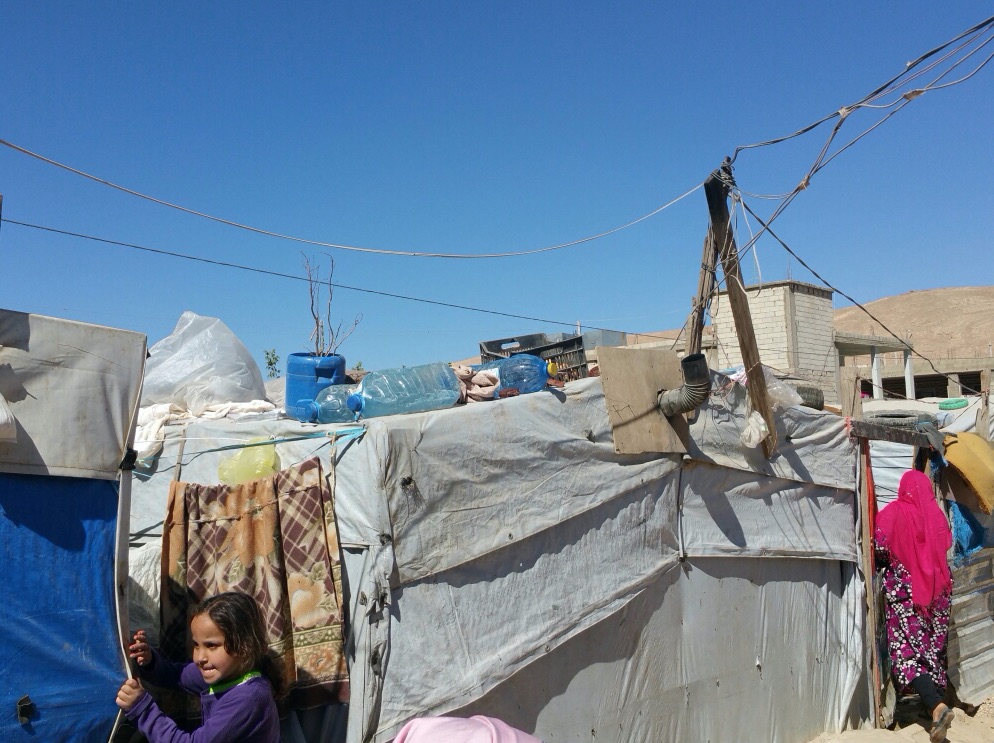 SB OverSeas (26.01.2018) – It was the beginning of this past fall when Louma Albik went on her regular trip to Lebanon to visit SB OverSeas centres and assess the needs of the families, mostly Syrian, living in refugee camps. At SB OverSeas, the role of Chairwoman is not limited to managing the organisation from the Brussels headquarter. Frequent visits to Lebanon are a priority for SB OverSeas to facilitate coordination between the Brussels staff and the team on the ground. This enables the organisation to understand the real living conditions of refugee families and adapt programmes accordingly. SB OverSeas enjoys an authentic bond with the refugee community thanks to years of heart felt support and exchange. This gives the organisation an exclusive insight into the reality of its beneficiaries, allowing harsh personal stories and cultural dilemmas to emerge.

On a crisp sunny day of September, Louma arrived in the mountainous city of Arsal, close to her native Syria. Located in North-Eastern Lebanon, between the Anti-Lebanon mountains, the town hosts tents as far as the eye can see for more than 60,000 refugees. The area is remote and arid, with no trees growing on its slopes. Political tensions are high, with frequent outbreaks between government forces and ISIL fighters. When combat broke out in the summer, SB OverSeas closed its centre until the violence died down in September. The re-opening offered Louma the occasion to re-evaluate the security situation of the area in person and take into consideration the needs of the 320 children enrolled in SB OverSeas’ Arsal school.

As she arrived, one member of the community offered Louma to accompany her on a visit around the camp. Walking close to his own tent, he invited his guest to enter and have a cup of tea. Once inside, three young girls approached, offering Louma tea and fruits. They were aged 11, 12 and 13. The man proudly explained Louma that the three young girls were sisters married to each of his three sons. The boys were aged between 15 and 17, already working in the construction sector, manufacturing bricks from the surrounding mountains’ stones. Smiling, the man explained that marrying the girls to his sons ensured them a better future and protection. He would continue to send them to the SB OverSeas school, they would be happy. At the same time, he expected them to become good wives and mothers, which was already the case for the oldest.

In Louma’s head, a flow of thoughts started turning and spinning around. The casual way in which he described his new enlarged family stunned Louma to silence. She did not know how to react to her host, who had behaved so kindly and was full of good intentions. She became aware of the difference in perspectives due to the dramatic situation in which the family lived, and she tried to understand the nature of his choice. Louma asked an educator how these six children were married so young. The answer came from poverty, from the solitude of the encompassing area and the lack of opportunities. The boys accepted to get married to find in their wives a new friend and a person to lighten up difficult days.

A feeling of confusion invaded Louma. Her own principles could not let her accept the justifications for those marriages, but understanding the daily struggles of the camp was equally out of reach. She left the camp few hours later, but the experience could not leave her heart. Since then, Louma has been working to address the issue of early marriage, trying to understand the causes and complexity of the phenomenon, and seeking ways to raise awareness and prevent such a detrimental practice.

The rate of early marriage has increased drastically in response to the poverty and vulnerability of Syrian families in the face of the crisis. In every aspect of its activities, SB OverSeas is committed to protecting children and young women’s rights by bridging the education gap caused by the war and by raising awareness on the impact of early marriage on Syrian refugees.