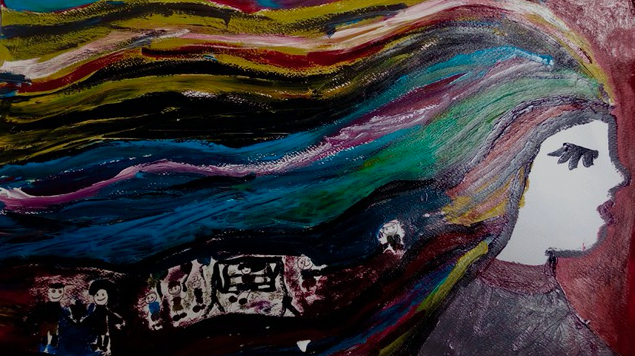 SB OverSeas (18.04.2018) – Lamis is a seventeen year old girl. A seventeen year old girl who is called ‘the divorced woman’. Yet she is barely a woman. Born a year post millennium, she enjoyed her childhood in Syria which was spent going to school and playing with her friends. This all changed in 2012 when the Syrian war broke out. Her family, along with many other Syrian’ families fled their country as the conflict intensified and she found herself at eleven years old seeking refuge in Lebanon,  a country where 1 in 4 people is a refugee.

Due to the harsh residency policy in Lebanon,[1] Lamis and her family were often moving from place to place and this constant upheaval prevented her from attending school. With over three-quarters of Syrians in Lebanon living below the poverty line,[2]  there has been an increase in the rate of child marriage as it is viewed as the only viable way to provide protection for girls.

Lamis’ family were no exception. Struggling to provide security and food for the family, they viewed marriage as a way to secure Lamis’ future. Therefore, when a 22 year old boy from the neighborhood asked for permission from her family for Lamis to be his wife, they accepted, telling her it would be like a fairytale. Not having any experience of marriage or what would be expected of her, she went along with this agreement.

Shortly after the wedding, cracks began to appear. Her husband had different preconceptions as to what it meant to be married. These preconceptions were not ones that she could live up to. He and his family, started to punish her for this by beating her, sometimes until she bled. She could not understand what she had done wrong and experienced this abuse for six months before securing a divorce and escaping to her family.

However, her problems did not end here. Divorce in her community, like most communities, carries along with it a stigma. People on the street called her the ‘divorced woman’ and refused to acknowledge her by her name. She became an outcast and her family began to fear for her safety warning her not to be on the streets along.

We know of this story as Lamis is one of students at our SB OverSeas school. Despite the difficulties in coming to our school due to street harassment, she attends our classes as she wants to have a better future. She talks openly with others at the school of her experience and encourages them to make their own decision telling them that she wishes she was not married so young as she feels chained by the stigma. She hopes that her message will empower other girls to make their own decision and chose education instead of marriage as a means of security. For herself, she hopes that education will be the key to unlocking a better future and having, like the name of our centre, a better tomorrow: ‘Bukhra Ahla’.

Lamis is just one of the many girls at our schools who have been affected by child marriage. SB OverSeas works to prevent the practice of child marriage by providing access to education for 1,400 refugee children in Lebanon and by economically empowering women and girls through our vocational courses, as well as our self-development courses.

[1]Over 70% of Syrian refugees in Lebanon do not have legal residency: http://www.unhcr.org/news/briefing/2018/1/5a548d174/survey-finds-syrian-refugees-lebanon-poorer-vulnerable-2017.html