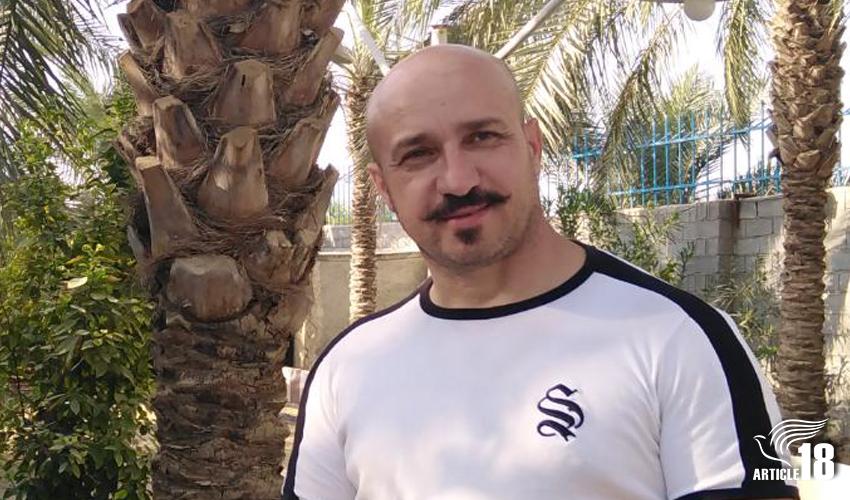 It is illegal for Muslim Iranians to drink alcohol, but exceptions are made for recognised religious minorities, including Christians. However, Iran does not recognise converts as Christians.

This lack of recognition is also the reason Youhan spent the last two years in prison and is now living in internal exile – because of his membership of a house-church, which is the only available Christian fellowship for converts in Iran.

Youhan began his two-year term in exile in the southwestern city of Borazjan one month ago today.

Then, on Saturday 10 October, he received a summons from the authorities in his home city of Rasht, more than 1,000km north of Borazjan, to travel back home at his own expense to receive his lashes.

Youhan and two of his fellow house-church members, Mohammad Ali (Yasser) Mossayebzadeh and Zaman (Saheb) Fadaee, were sentenced to the 80 lashes in September 2016 – by a Rasht civil and revolutionary court which at the same time refused to convict them of “acting against national security” by conducting house-churches.

That conviction – and accompanying 10-year sentences – was instead imposed on them, and their pastor Yousef Nadarkhani, a year later by a revolutionary court in Tehran.

This was not Youhan’s first experience of lashes. Youhan was also given 80lashes in 2013, alongside one other house-church member, forthe same reason: they had used wine with Communion.

However, on both occasions friends of Youhan say he was grateful for the relative leniency shown him by those carrying out the sentence, after he explained to them that he had not acted with impropriety but had only shared in one cup of wine as an act of worship to God.