IRAN: Baha’is in jail from August-September 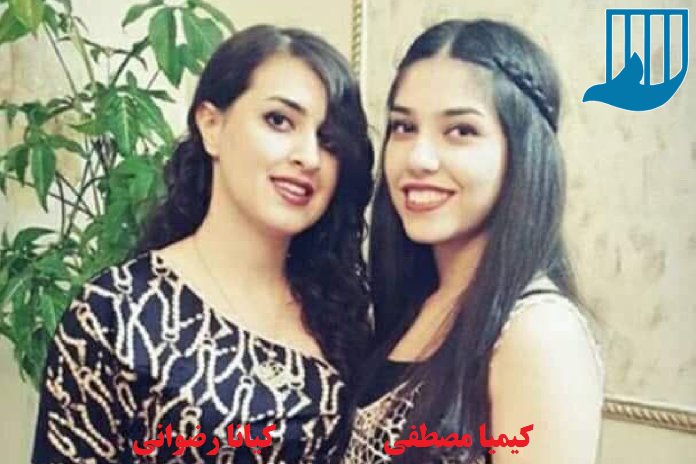 Hrana (23.09.2019) – https://bit.ly/2ldmHph – The Revolutionary Court in Kerman has sentenced Kimia Mostafavi and Kiaana Rezvaani to five years in jail for membership in the Baha’i organisation, and to one year for “propaganda against the regime and in favour of opposition groups.” However, prisoners with consecutive sentences only serve the longer sentence. They were arrested in Kerman on 19 January 2019, and were released on bail five days later.

Hrana (22.09.2019) – https://bit.ly/2ms1A2s – The Review Court for Tehran Province, headed by Judge Zargar, has confirmed the 5-year sentence of Samin Maqsudi, a Baha’i from Tehran. She was initially sentenced on 21 May 2018 by Judge Moqiseh, a notorious abuser of human rights and of judicial procedures. This judge was responsible for the imprisonment of the seven “Yaran.” She was charged with participating in Baha’i activities. The charges relate to the commemoration she had in her home for the bicentennial of the birth of Baha’u’llah on 21 October 2017.

Ghazaaleh Baaqeri-Taari, also from Tehran, was arrested on the same day and was sentenced to five years in prison for celebrating the birth of Baha’u’llah.

Sen’s Daily (19.09.2019) – https://bit.ly/2lZSg5N – Parisa Sobhaaneyaan Najafaabaadi, a Baha’i from the village of Mehrabad which is near Rudehen, has been released on bail from Evin Prison in Tehran pending her trial. She was arrested on 10 August 2019. The agents who arrested her at her home also seized some books and other personal belongings. She was released on 18 September 2019, for bail of 500 million tumans (107,000 euros ; $US 119,000). The criminal charges were maintained.

Shamsi Aghdasi Azamian, a Baha’i from Gilavand, in Tehran Province, was buried in Gilavand Bahai Cemetery on 24 October 2019. Four days later, her body was exhumed by unknown individuals and abandoned in the deserts on the outskirts of Jaban. Security forces had previously told the Gilavand Baha’is earlier that they had no right to bury their deceased member in Damavand and that they should perform burials only in Tehran. As such, it is a reasonable assumption that government agents exhumed the body and dumped it in the desert. Four days after the burial, police told Mrs. Azamian’s son in a phone call that the body of his mother had been found and he should take it to Tehran. He objected since the distance between Gilavand and Tehran is more than an hour, and, according to Baha’i burial rites, the body should not be transported more than an hour. The agents then took the body of Mrs. Azamian to Tehran without the consent of the family.

The charges are maintained.

Sens’ Daily (09.09.2019) – https://bit.ly/2kGWPBD – On 7 September 2019, Farid Moqadam-Ziraki, a Baha’i from Birjand, was released from detention after posting bail of 150 million tumans (32,000 euros ; $US 35,000). He was arrested on 3 August 2019 by agents from the Ministry of Intelligence. The agents also searched his home and seized his personal effects. He faces charges of “aggravating the economic sanctions against Iran” and “undermining national security.” He was interrogated by the Ministry of Intelligence for 26 days before being transferred to Birjand’s Prison.

Sens’ Daily (03.09.2019) – https://bit.ly/2lx6f2O – Mrs. Rouhaa Emaani, from Kerman, was arrested on 3 September 2019 to begin her nine-month prison sentence. Mrs. Emaani was arrested in Yazd during a raid on her home on 12 May 2015, and released on bail on 1 July 2015. She was sentenced by a Revolutionary Court — as is usually the case for Baha’is. Revolutionary Courts try ideological offences, have a single cleric for a judge, and have no fixed procedures.

Sens’ Daily (02.09.2019) – https://bit.ly/2lWp2F0 – According to two separate reports, on 2 September 2019, Ruhollah Zibaa’i and Ru’in Kohansaal were released on bail from Raja’i Shahr prison in Karaj after being detained for one month. They were arrested in Karaj on 3 and 4 August 2019 respectively. Abu-Fadl Ansaari was also arrested on 3 August 2019, which is the same day that agents from the Ministry of Intelligence in Birjand arrested Farid Moqadam-Ziraki. The Provincial command of the Ministry of Intelligence in South Khorasan Province had previously announced that they had arrested an unnamed Baha’i in Birjand who was allegedly attempting to tighten sanctions. Government-sponsored media have also claimed that Mr. Zibaa’i’s arrest was in relation to a scheme to tighten the economic sanctions. He is described as conducting business activities in the Alborz and Southern Khorasan provinces.

Other reports speak of a number of Baha’is and people who are affiliated with Baha’is being summoned for questioning in Alborz Province, but no further details are available at present.

The physical condition of both Mr. Zibaa’i and Mr. Ansaari is poor. Mr. Zibaa’i has been released on bail “temporarily” rather than “pending trial,” suggesting that this may be a medical release.

Mr. Kohansaal has been bailed pending his trial. It appears that Mr. Ansaari is still being detained. He suffers from a heart condition and has recently had a pacemaker fitted.

The charges against Mr. Kohansaal and Mr. Zibaa’i are maintained.