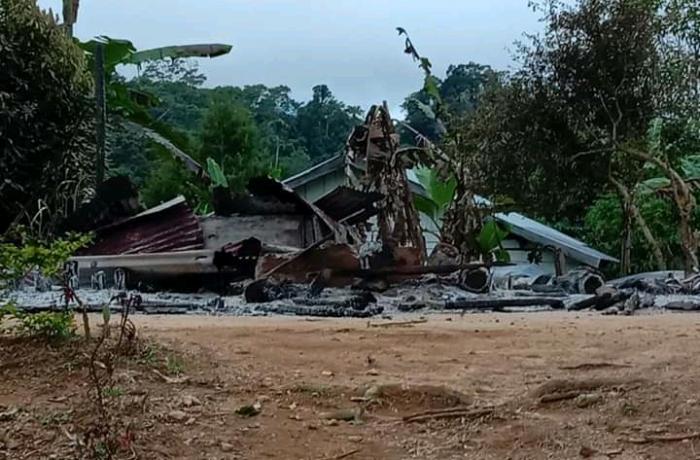 The victims are a couple, their daughter and her husband, all members of the Salvation Army. Sulawesi police inspector general denies church burning. Relations between Christian groups and Muslim extremists are tense. In 2005, three Christian teenagers were beheaded. In 2006, three Catholics were sentenced to death.

AsiaNews.it (28.11.2020) – https://bit.ly/3fSbClo – Four members of the same Christian family have been found murdered, some of them beheaded. All four belonged to the Protestant Church of Salvation (Salvation Army). Their dismembered bodies were found yesterday, Central Sulawesi police reported today.

The murder took place in the village of Lenowu, Lemban Tongoa district, Sigi. For now, the identity of the killers remains unknown.

The president of the Protestant Christian Synod (PGI), Rev Gumar Gultom, condemned the killings and demanded that the government send a team of experts to open an investigation.

He also denounced some acts of intolerance that took place in the same area some time before the assassinations, namely the burning of six chapels used by the Salvation Army.

His statements contradict Rakhman Baso, inspector general of the Sulawesi police, who said that “no churches were burnt”.

The murder victims are a couple, their daughter and her husband. Their bodies were found around 10 am yesterday.

In an official statement, Rev Gultom offers prayers and condolences to the Salvation Army and notes that “this fresh violence reminds us of the sporadic violence of the past that took place in the same area of Sulawesi.”

According to several observers, these killings were a consequence of sectarian clashes between extremist Protestant Christians and Islamic radicals.

Later, three local Catholics – Fabianus Tibo, Dominggus da Silva, and Marinus Riwu – were sentenced to death for sheltering some Catholics who had fled clashes in Poso.

The latter were eventually arrested in 2000, tried and sentenced to death in connection with the deaths of hundreds of Muslims during local interreligious violence between 1998 and 2001.

No Muslim was ever tried for taking part in those clashes, which also caused deaths among Christians as well.

The three Catholics were executed in September 2006. Then Indonesian President Susilo Bambang Yudhoyono refused a request for a pardon, supported by many leading figures, including the Pope.

“In the face of fresh violence,” said Rev Gultom, “I urge Indonesian security forces to eliminate the remaining terrorist fighters, who are still wanted in Sigi and Poso. The presence of the security forces is urgently needed to reassure locals and the country.”

Many people who witnessed the murders fled into the forest to hide. Meanwhile, the investigation into the incident has started. Didik, a spokesman for Sulawesi police, said that for now “the perpetrators of this violence remain unknown”.