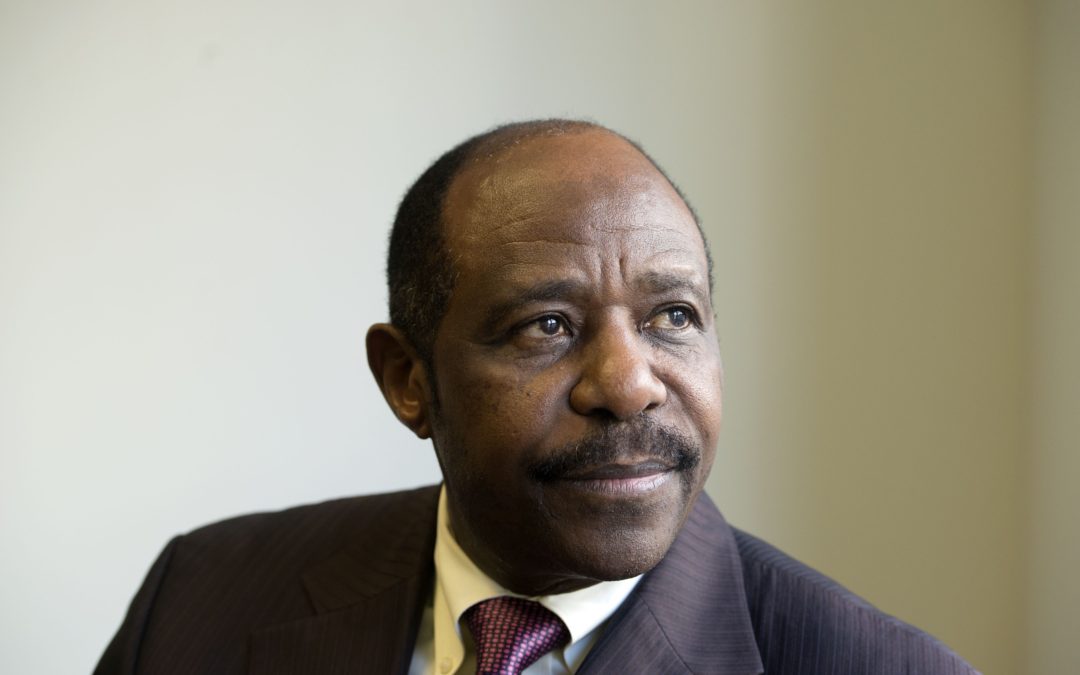 Paul Rusesabagina, a Belgian citizen of Rwandan origin, who saved 1,268 people during the Rwandan Genocide languishes in Kagamé’s prisons.

HRWF (17.12.2020) – A complaint has been filed against aviation company GainJet for their role in the kidnapping and illegal transfer from Dubai to Rwanda of Paul Rusesabagina, who saved 1268 people during the Rwandan genocide in his hotel in Kigali. Since then, he has been detained in appalling conditions in Rwanda.  This is what was announced at a virtual press conference on 15 December 2020 by the family and their legal representatives. Human Rights Without Frontiers calls upon the Belgian government and the European Union to use all means at their disposal to urgently secure his release. His trial is expected at the end of January.

In late August 2020, the international human rights icon whose story of saving 1,268 people during the Rwandan Genocide as told in the film Hotel Rwanda, was flown by GainJet against his will from Dubai, United Arab Emirates to Kigali, Rwanda.  Paul boarded the GainJet flight expecting to travel to Burundi, where he believed he was going to speak at churches and public gatherings about his experiences with the Rwandan genocide at the invitation of Constantin Niyomwungere (the Bishop), who is also named in the lawsuit.

For years, Paul has been targeted by the Rwandan government for speaking out about human rights abuses perpetrated by the regime of President Kagame. Threats against him further increased as he became an internationally known humanitarian.  Paul left Rwanda two decades ago, gaining Belgian citizenship and lawful permanent resident status in the United States where he has a home in San Antonio, Texas. Out of fear for his life, Paul previously swore never to return to Kigali while there is a brutal dictator in power but continued his life’s work dedicated to bringing peace and democracy to Rwanda and motivating governments, nongovernmental organizations, and ordinary people to work together to prevent genocide throughout the world. He longed to be able to return to Rwanda but only when there is sustainable peace in both his homeland and the Great Lakes Region of Africa.

GainJet has previously run charters carrying President Kagame, including bringing him to the U.S. where he enjoys freedoms while at the same time behaving like a strongman dictator in Rwanda. The Africa base of GainJet’s operations is in Rwanda with their main headquarters located in Athens, Greece.

“Transportation is the key element in a kidnapping and GainJet was the only reason Paul was able to be successfully and illegally taken to Rwanda. There is proof that the invoices from GainJet were paid for by the government of Rwanda. Bank robbers use getaway cars, Kagame used GainJet,” said lead attorney Bob Hilliard of Texas-based Hilliard Martinez Gonzales LLP. “The wrongful kidnapping of Paul Rusesabagina,  international human rights icon and U.S. Presidential Medal of Freedom recipient, is a world issue. As the Rev. Martin Luther King recognized ‘injustice anywhere is a threat to justice everywhere.’”

“GainJet had an independent responsibility as an international jet charter service to protect the safety of all of their passengers, not just those paying the bills. Paul has confirmed that while he was on the GainJet flight, he was bound and tied before it landed in Rwanda. Despite this, GainJet and its employees and agents did not issue any international ‘Mayday’ call or ‘squawk ‘7700” on the radio — the internationally recognized code for distress or an emergency situation in flight. The pilots had to know they were taking part in a kidnapping,” added Hilliard.

The complaint was filed in federal court in San Antonio, Texas. View Rusesabagina Complaint Against GainJet.

“In a world increasingly beset by false narratives, manufactured ambiguity, and fake news, the legal system and lawsuits like this one become even more important. We are going to shine a lot of light on this situation. And I think the facts will show that Paul Kagame is a tyrant, not a president, that Constantin Niyomwungere is a criminal, not a Bishop, and that GainJet is better described as a flying prison cell than a private jet charter,” said attorney Nicholas Shadowen of Hilliard Shadowen LLP.

A recording of the press conference can be viewed on the #FreeRusesabagina Facebook page: https://www.facebook.com/FreePaulRusesabagina.