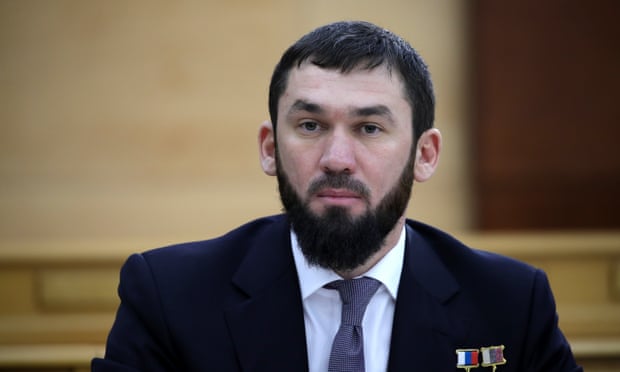 The Guardian (18.04.2021) – https://bit.ly/3ejwUrp – Five officials from the inner circle of Chechnya’s autocratic leader, Ramzan Kadyrov, are the subject of a criminal complaint in Germany for crimes against humanity, in a legal attempt to seek justice over the semi-autonomous Russian republic’s anti-gay purges.

The 97-page charge sheet, extracts of which have been seen by the Guardian, accuses the Chechen military and state apparatus of persecution, unlawful arrests, torture, sexual violence and incitement to murder at least 150 individuals on the basis of their sexual orientation since February 2017.

If the general prosecutor in Karlsruhe decides to take on the case, which was submitted in February by the European Center for Constitutional and Human Rights (ECCHR), a German NGO, and the Russian LGBT Network, Kadyrov’s associates could face an arrest warrant if they set foot in Germany.

The Russian newspaper Novaya Gazeta first drew attention to a concerted campaign of persecution against gay and bisexual men in April 2017, reporting that people had been rounded up and held in unofficial prisons, where they were verbally abused, electrocuted and beaten with metal rods.

The Chechen government denied Novaya Gazeta’s report, claiming there were no homosexual people in Chechnya, and those that did exist would be rooted out by their own families. A Russian investigation into the matter was later dropped.

A criminal complaint to the international criminal court (ICC) filed by French activists in 2017 failed to gain traction because Russia has withdrawn from the jurisdiction of the tribunal in The Hague.

Chechen leaders could now be charged in Germany because the country has implemented the legal principle of universal jurisdiction for crimes against humanity, allowing prosecution in its courts even if the crimes happened elsewhere.

The same principle recently allowed the first ruling by a court outside Syria on war crimes committed by the Assad regime, and has led NGOs to discover Germany as a forum for criminal complaints against Saudi Arabia’s prince Mohammed bin Salman and a former member of the Gambian armed forces.

“In an imperfect system of international criminal justice, with an ICC with limited jurisdiction, Germany attempts to guarantee that Europe is no safe haven for war criminals,” said ECCHR’s founder, Wolfgang Kaleck. “If no other jurisdiction investigates, Germany is able and must be willing to take over tasks, representing thereby Europe and the international community.”

The Guardian understands that the German criminal complaint includes two officials already sanctioned by the EU, the UK and the US over the anti-gay purges : Kadyrov’s former personal bodyguard and deputy prime minister, Abuzayed Vismuradov, and police chief Ayub Katayev – and the chair of the Chechen parliament, Magomed Daudov.

Vismuradov is known to have visited Germany repeatedly in the last decade, seeking treatment after a car accident at a hospital near Hamburg in 2012, and supporting Chechen fighters at boxing matches in central Europe in 2014 and 2017.

If Germany’s federal public prosecutor takes further steps to investigate the officials after viewing extensive material submitted by the ECCHR, the case could also help those persecuted to claim asylum in Europe.

“In states like Chechnya, where there is a strong taboo around sexual identity, there is usually very little information about the situation of LGBTQ people,” said Patrick Dörr, of the Lesbian and Gay Federation in Germany.

“Any legal action that leads to a better documentation of how strong people are persecuted or protected can make a crucial difference for an asylum application.”

Since reports of the purges emerged in 2017 only a handful of European governments, including France, Germany, the Netherlands and Lithuania, have shown themselves willing to take in those fleeing persecution.