Notice: Trying to access array offset on value of type null in /home/hrwfe90/domains/hrwf.eu/public_html/wp-content/plugins/pdf-print/pdf-print.php on line 1258

Notice: Trying to access array offset on value of type null in /home/hrwfe90/domains/hrwf.eu/public_html/wp-content/plugins/pdf-print/pdf-print.php on line 1259

GERMANY: ‘A step away from hell’: the young male refugees selling sex to survive

Photographer Heba Khamis spent a year and a half documenting the lives of ‘black birds’: the male Afghan and Iranian sex workers in Berlin’s Tiergarten. 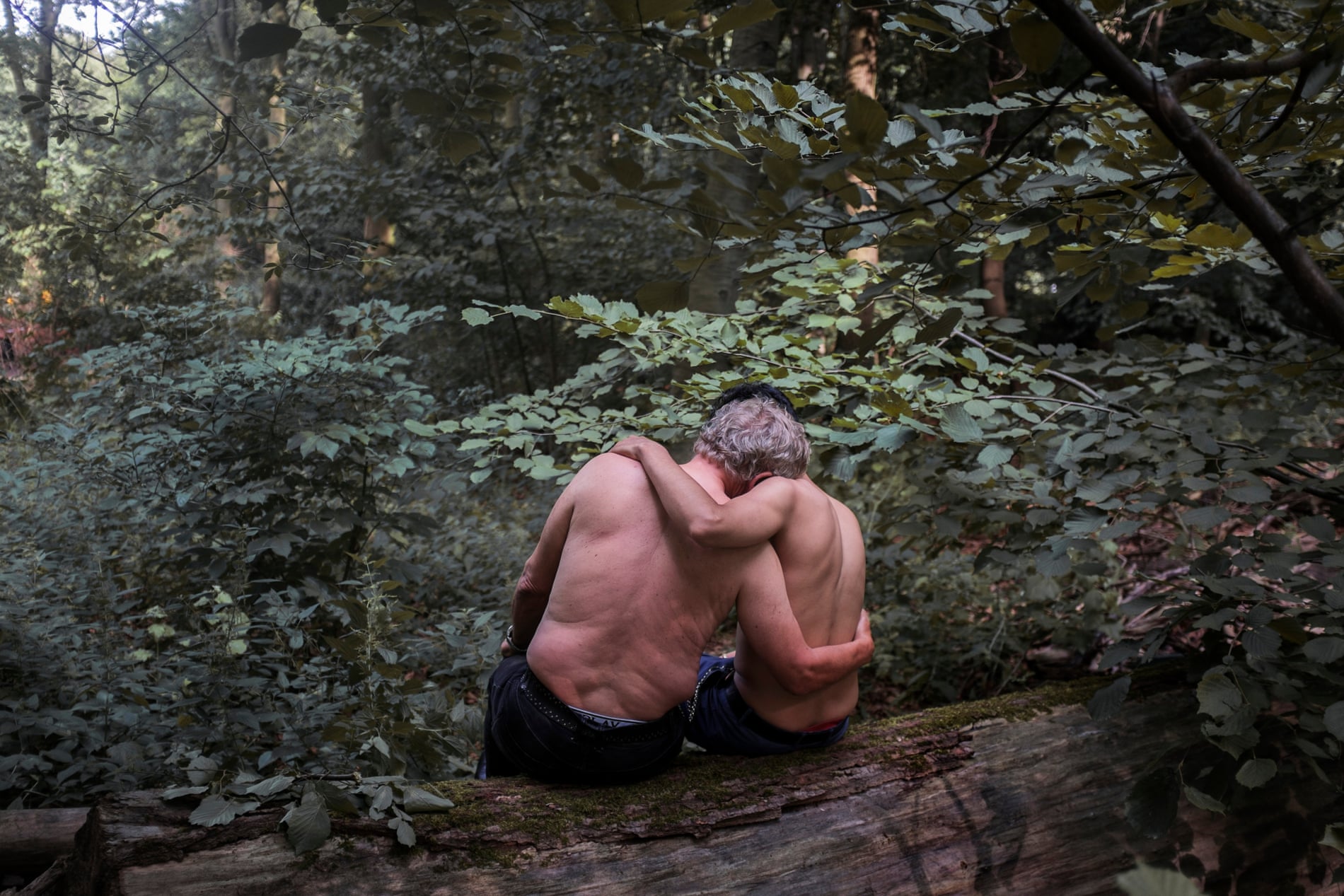 The Guardian (21.02.2020) – https://bit.ly/2Thhjy8 – The allure of romance is never far away in Berlin’s Tiergarten park, a vast 520-acre expanse home to manicured lawns, dense forest, a picturesque boating lake and the city zoo. As families lay out picnics and millennials fire up barbecues, those seeking something more illicit head to the park’s wooded north, where young male Afghan and Iranian refugees can be found selling sex to the hundreds of buyers who pass through Tiergarten each day.

In 2017, Egyptian photographer Heba Khamis was studying in Hanover when a flurry of news reports about Tiergarten’s young male refugees made national headlines. “No one could get [photographic] access to the guys, but the German media were saying they were dangerous and to stay away [from them], that they were doing bad stuff,” said Khamis. “I felt I needed to see for myself.”

Initially accompanied by a male Farsi-speaking friend, Khamis spent ages searching for the refugees in Tiergarten, asking random park-goers if they’d seen or heard anything “unusual”. She stumbled upon a pair of ping-pong players, who said they knew nothing about the prostitution in the park, yet as Khamis spent more time in Tiergarten it became clear that the ping-pong tables and the area around them were at the very heart of the sexual activity. “If you didn’t pay any attention, you wouldn’t notice it,” says Khamis, 31. “But the prostitution was happening right in front of them [around the public toilets]. The elephant was in the room and no one wanted to see it.”

Khamis began to visit the park every day and, through persistence and with the aid of translators, managed to make contact with the “boys”, most of whom were ethnic Shia Hazaras from Afghanistan, a minority long persecuted by the Taliban, ranging in age from 15 to 32. Although they were wary of the press, one of the men, Ali*, became Khamis’s go-to guide, introducing her to other boys in the park and their collective way of life. Over the course of a year and a half, she ended up watching – and documenting – as relationships blossomed, long-awaited papers came through and the boys moved out of the park, or didn’t.

Germany legalised prostitution in 2002 and, in 2017, passed a law requiring sex workers to register with local authorities in order to prevent human trafficking and exploitation. But the 30-odd Afghan and Iranian men Khamis was photographing fell under no such support system, as refugees are barred from working legally or attending school while they wait for their documents. “When you are a refugee without papers, and you are Muslim and come from a background where gay sex is shameful and taboo, it is a very different situation,” she says. “These guys don’t represent ‘prostitution in Germany’ in any way. There are only a few of them, and this is a very different scenario.”

Heavily saturated in earthy browns and greens, Khamis’s photos have an eerily ethereal quality, the dappled light of the forest reflecting off the boys’ necklaces, their youth made evident by their protruding clavicles and bony backs.

The result is deeply unsettling, reflecting the boys’ experience of the park. “Once you are in the park,” says one of Khamis’s subjects Ahmed, an Afghan who had been selling sex in the park for three years, “you are one little step away from hell.” For Khamis, the boys’ search for belonging and humanity was what compelled her to continue photographing.

“When you look at them, [you can see] they’re not enjoying it at all. They hurt themselves, they have depression. On all of them you will find [self-inflicted] cigarette burns or cuts. Everyone wants to get out of the park.”

Drugs feature heavily in the boys’ lives, numbing them and providing a small respite from the agony of waiting to become “legal”, says Khamis. As Germany prioritises assistance to refugees from countries with an ongoing conflict, asylum seekers’ papers from non-conflict countries such as Afghanistan and Iran take longer to complete, and the applicants are more likely to be deported, says Khamis.

The singularity of their situation – engaging in culturally taboo work while waiting in political limbo – inspired Khamis to call the boys “black birds”, a nod to both the numerous blackbirds in the park and a play on the term “black sheep”. “When you are different in the family, you are the ‘black sheep’, and for me these guys were the same: their whole lives they’ve been undocumented, unable to ‘fly’, unable to live normal lives, unable to find anywhere that will accept them.”

While some boys were lucky enough to get their papers and move out of the refugee camps or even the park itself, others were required to find another means of escape. For some that meant entering into relationships with their regular buyers (the photo of one such couple won Khamis second prize in the 2019 World Press Photo portraits category), or converting to Christianity as means of claiming political asylum. Still others have remained in Tiergarten.

Khamis began her photographic career covering the 2011 and 2013 revolutions in Egypt, then turned her focus to socially taboo subjects relating to the body, such as breast ironing in Cameroon and Egypt’s transgender community. The practice of focusing on such “unacceptable” issues has transformed her as a person, she says.

“When you work long term on stories it’s not just one image you deliver, you invest your whole life in these stories and they teach you lessons and change you in the long run,” says Khamis.

“You become less and less judgmental. You no longer look at things from the surface of your own perspective; you try to see through the people instead. From outside [Tiergarten], you could look at these boys and say, ‘Go work in the black market instead [of doing sex work]’. But they have fought their whole lives, first being born in Afghanistan, then fleeing to Iran and finally to Europe, thinking they will have a nice life at last. Yet they no longer have a home – or a destination.

“This is [what] human failure [looks like]: sometimes we all fight so hard for something that once we finally arrive, we’re so tired from fighting that we just surrender.”

* All subjects’ names have been changed to protect identities.

Notice: Trying to access array offset on value of type null in /home/hrwfe90/domains/hrwf.eu/public_html/wp-content/plugins/pdf-print/pdf-print.php on line 1308

Notice: Trying to access array offset on value of type null in /home/hrwfe90/domains/hrwf.eu/public_html/wp-content/plugins/pdf-print/pdf-print.php on line 1309