From Afghanistan to France: Islamism attacks schools and kills teachers 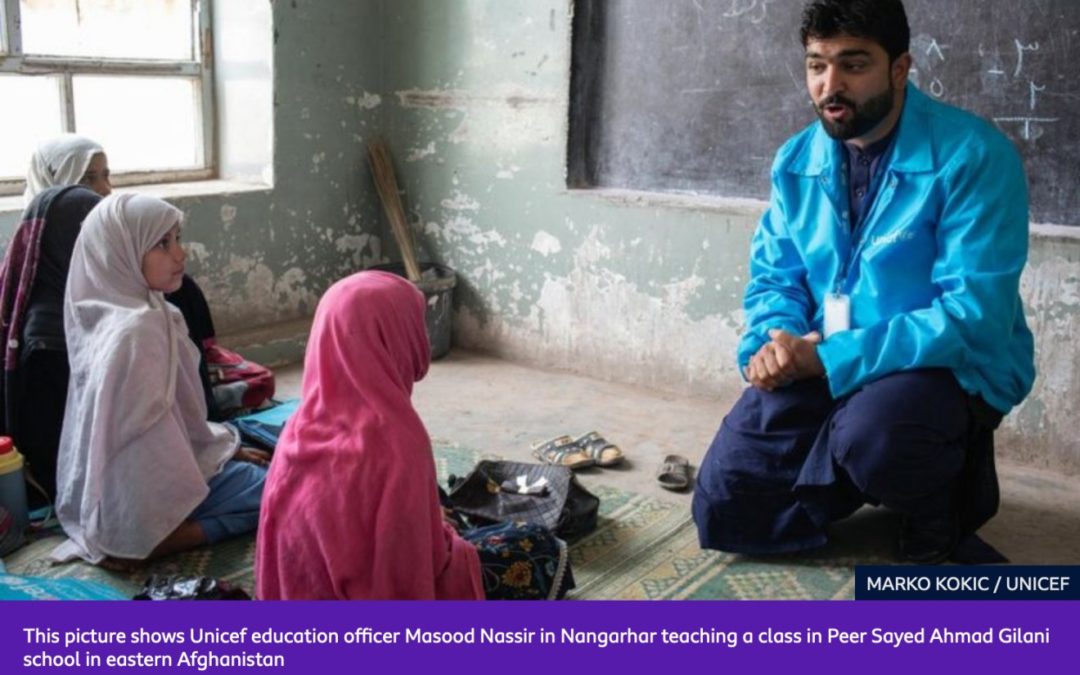 The European Times (26.10.2020) – https://bit.ly/34rXBqn – On 17 October, a teacher at a middle school in a town northwest of Paris was beheaded on the street outside of his school. He was assassinated for facilitating a discussion with his students about caricatures of Islam’s Prophet Muhammad during his civic education class, which is in conformity with the National Education curriculum. Police shot his killer to death sometime later that same day. French President Emmanuel Macron denounced the killing an “Islamist terrorist attack”, as it appears that the killer was carrying out a sort of fatwa launched against this teacher on social media.

On Saturday 24 October, a suicide bomber attacked the Kawsar-e Danish centre in Kabul. The death toll was estimated at 24 and the number of wounded at 54, According to officials, many of the victims were teenage students between 15 and 26 years old.

In 2019, UNICEF declared that “attacks on schools in Afghanistan tripled between 2017 and 2018, surging from 68 to 192”. The UN agency added that “an estimated 3.7 million children between the ages of 7 and 17 – nearly half of all school-aged children in the country – are out of school in Afghanistan”, with 60% of them being girls. Schools and girls’ education are clearly priority targets on the agenda of Islamist terrorists.

Teachers are increasingly vulnerable to death, injuries and abduction, not only in Afghanistan but also in other Muslim majority countries torn by conflicts with Islamist extremist groups.

School education is targeted, including in democratic countries, by extremist Islamist ideology regardless of whether it is done in non-violent or violent ways.

Their objective in democracies is to intimidate teachers so that they self-censure and keep silent about numerous points of their political ideology and governance, including: extra-judicial killing, homophobia, gender-based segregation and discrimination, an inferior status of women and non-Muslim people, discrimination, and so on.

Their objective concerning educational programmes is to obstruct their implementation on a number of issues such as: teaching about the holocaust and anti-Semitism, the theory of evolution, the study of the human body, swimming lessons, and the like.

Their objective is to reach Muslim school children with their extremist Islamist teachings through various channels and mould them into active opponents to points of the curriculum that they disagree with.

Finally, the ‘ideologisation’ and takeover by the Muslim Brotherhood of associations addressing anti-Muslim sentiments and hate speech in democratic countries is an essential component of this strategy.

Islamism is a political ideology, not a new Muslim movement

Islamism is a political ideology and must be treated as such. Radical Islamists are not teaching an alternative theology, like the Tabligh Jamaat followers or the Sufis. They aspire to take power in Muslim-majority countries where populations are peacefully practicing and teaching Sunni, Shia and other forms of Islam. In other countries, they try to undermine and manipulate their political, educational and cultural institutions, their societal weaknesses, vulnerable groups within their societies and their generous freedoms. Their objective is to divide and fracture societies with the intent of inciting community-based violence. Chaos is the fertile ground on which they can prosper.

The battle against Islamism in France and other democratic countries must not be against Islam as a religion or against Muslims as their co-religionists in Muslim majority countries are the main victims of this ideology. An increasing number of Muslim leaders and institutions oppose Islamism in France individually and collectively, such as the Conference of the Imams in France and the Union of the Mosques in France. The French state must provide them with full assistance and must combat Islamism as a political movement on every battlefield with the appropriate weapons and partners.