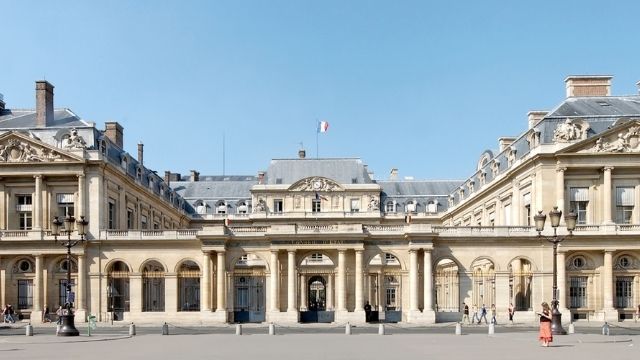 Administrative liquidation, harassment of groups labeled as “cults,” total ban on home-schooling are deemed as being against the French Constitution

The Palais Royal in Paris, home of the State Council (credits)

Bitter Winter Int’l (08.12.2020) – https://bit.ly/2ItkeTb – French Council of Ministers will examine on December 8 the controversial draft law against “religious extremism.” I am among the authors of a White Paper arguing that, while some provisions of the draft law make sense in a country plagued by terrorism using ultra-fundamentalist Islam as its ideology, several provisions are dangerous for religious liberty. Bitter Winter also called the attention on the religious freedom problems of the text.

The Conseil d’État, the French State Council, is the highest legal advisory body in France. Draft laws are submitted to its exam. The Council’s opinions are not binding, but a law passed ignoring them is exposed to the serious risk of being declared unconstitutional.

Bitter Winter has seen a copy of the 67-page opinion of the Council of State. It raises several technical and constitutional objections against several articles of the draft law, while supporting other articles. The opinion insists on a general principle, that religious leaders and believers cannot claim a “religious exemption” when they breach common laws, yet they cannot be submitted to obligations not imposed on other citizens. This principle is applied, inter alia, to freedom of expression and opinions expressed in sermons in places of worship and in religious literature. They cannot include hate speech or other contents generally forbidden in France, but the law cannot impose on preachers and publishers of religious brochures obligations heavier than those applied to all French citizens.

On the four points raised in the White Paper and by Bitter Winter, the State Council intervenes with specific advice, confirming that the objections raised by scholars of religion are well-founded and have been heard.

First, the draft law included what amounted to a general ban of homeschooling, with minimal exceptions. While not judging the whole part of the draft law as unconstitutional, the State Council raised “serious objections,” and recommended to list a number of cases in which homeschooling will remain permissible, based on an authorization by the school authorities to be granted on a yearly basis. While the family’s religious belief per se is not among the reasons generally allowing homeschooling, the Council specifies that its reference to the best interest of the student should allow for “quality educational project” of homeschooling to continue.

Second, we objected on the provision allowing the administrative authorities to shut down places of worship where sermons and activities promote “discrimination,” and not only “terrorism” or “violence”. The State Council recommends, as we did, that “the reference to the promotion of ‘discrimination’ in the draft law as ground to shut down a place of worship should be eliminated. The definition is too uncertain, and the risk is to unduly broaden the scope of the provision,” thus violating the Constitutional and international principle of religious liberty.

Third, we regarded as the single most dangerous provision of the draft law the introduction of a swift administrative liquidation of religious organizations, not only when they promote terrorism or violence, but also when they exert “psychological pressures” on members, or incite or commit “acts against human dignity.” Just as we observed in Bitter Winter and in the White Paper, the State Council notes that “the principle of human dignity has a moral dimension that may be the object of conflicting interpretations” (we mentioned the examples of religiously based opposition to abortion and same-sex marriage, but many others come to mind), and that “considering the serious risk of violating the principle of freedom of association, the State Council suggests to exclude the ‘acts against human dignity’ from the reasons allowing the legal dissolution of an association.”

Similarly, the State Council recommends eliminating the reference to “psychological pressures” as too vague and in turn dangerous for religious liberty. The State Council understands perfectly that this provision in the draft law may “target the cults (sectes) and similar movements,” but notes that France has a legislation against “cults” allowing the dissolution of their associations—not through an administrative order, however, but after a “final conviction in a court of law in a criminal case.”

Fourth, we criticized Article 38 of the draft law, and the possibility for the administrative authorities to prevent French religious entities from receiving financial support from abroad in case of a serious threat to a “fundamental social interest.” The State Council believes that the provision is not unconstitutional, but only if the “fundamental social interest” is defined as a “threat real, current, and very serious” to the social order. This is a step ahead, but too much will still be left to the appreciation of the administrative authorities. Today we published an article by Alessandro Amicarelli on this subject, which would hopefully shed more light on the problems of Article 38.

The State Council’s comments appear to be inspired but by commons sense and by an awareness of the domestic and international criticism of provisions dangerous for religious liberty. We may only hope the Council of Ministers will follow them.