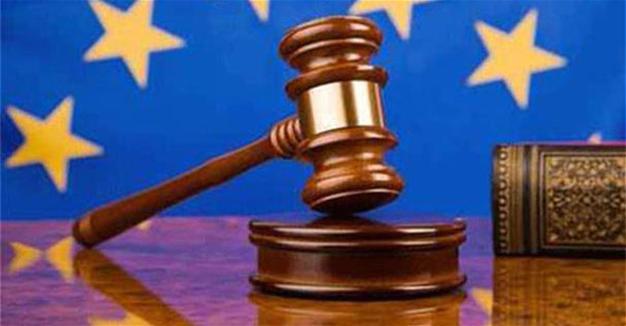 The European Court of Human Rights is an international court set up in 1959. It rules on individual or State applications alleging violations of the civil and political rights set out in the European Convention on Human Rights.

Vienna, 29.10.2018 (FOREF) — The Forum for Religious Freedom Europe (FOREF Europe), an independent nongovernmental organization based in Vienna, today voiced its strong disagreement with the latest decision of the European Court of Human Rights (ECHR). The ECHR upheld the conviction of an Austrian citizen for her remarks about the Prophet Mohammad’s marriage to a young child. Will this case move Europe one step closer towards subjugating free speech to blasphemy laws?

In seminars about Islam, the defendant had suggested that the Prophet Mohammad was a pedophile for having married a six-year old girl when he was 56 years old. On October 25, 2018, the ECHR  upheld Vienna Regional Criminal Court’s  decision (2011) on her conviction for “disparaging religious doctrines.” The local court ruled that the woman’s speech was not protected as freedom of expression under Article 10 of the European Convention on Human Rights.

Provocative remarks about religious doctrines or objects of worship “capable of hurting the feelings of the followers of that religion could be conceived as a malicious violation of the spirit of tolerance,” according to the ruling.The European Court concluded that the Austrian courts “carefully balanced the applicant’s right to freedom of expression with the rights of others to have their religious feelings protected.” It also claimed that the ruling was meant to preserve “religious peace” in Austrian society.

However, FOREF stresses that there is no human right not to have one’s feelings hurt through spoken words. Instead, all members of a society are responsible for civil reactions to things they find objectionable.

“This is yet another legal encroachment on the freedom of Europeans to discuss facts and express opinions,” stated Dr. Aaron Rhodes, President of FOREF. “The ruling confirms that our freedoms have been limited in deference to those who threaten violent reactions. But it is those threats that are a danger to social peace, not discussions of historical and moral issues,” he added. Peter Zoehrer, Executive Director of FOREF, called the judgment an “outrage.”“This ruling upholds what is basically a blasphemy law, the kind of legislation known to threaten the freedom of speech and suppress the freedom of belief and conscience of others,” he said. “It should be possible to openly discuss any religious doctrine and practice in Austria. But now it is clear that the national criminal code and European law forbid the evaluation of moral standards, which is the essence of religious life itself,” he observed.

Defending human rights means defending principles that are universal. This entails respect for everyone’s freedom of expression. Restrictions on free speech must be carefully enforced only to protect other individuals from violence, not to protect abstract ideas, doctrines, or belief systems. If restrictions are applied disproportionally under the vague pretense of protecting “religious peace” or “religious feelings,” we allow human rights to be abused for the sake of political agendas. The ECHR judgment defends those who threaten violence, not those who engage in debate.

‘Should it be illegal to call Mohammed a pedophile’

‘Woman’s conviction in Austria for calling the Prophet Mohammed a paedophile did not breach her right to free speech, European Court of Human Rights rules’