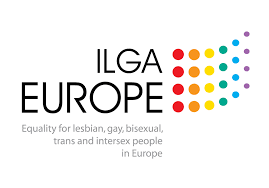 AFP (16.02.2021) – https://bit.ly/2Nkd7yC – Hate speech against LGTBI people in Europe and Central Asia has spiked during the coronavirus pandemic, a group defending their rights said on Tuesday.

Religious leaders in Belarus, Greece, Slovakia, Turkey and Ukraine are also accused in the report of hate speech, with some of them alleging LGBTI people are behind the spread of Covid-19.

The federation, representing 600 associations, also pointed the finger at increased hate speech in online media in Belgium, Bulgaria, Croatia, the Czech Republic, Malta, Montenegro, Russia and Turkey — and in mainstream media in some cases, notably in Slovenia and Ukraine.

“There has been a resurgence of authorities and officials using LGBT people as scapegoats,” ILGA-Europe’s chief, Evelyne Paradis, said.

The targeting was part of an overall “crackdown on democracy and civil society” in many countries, the federation said, pointing to EU members Poland and Hungary among others.

It noted Poland’s “LGBT-ideology free zones” set up by several local councils, along with Hungary’s rewriting of its constitution to emphasise traditional binary sexual identification for parents and a law banning same-sex adoption.