EU Court of Justice ruling on ritual slaughter is controversial 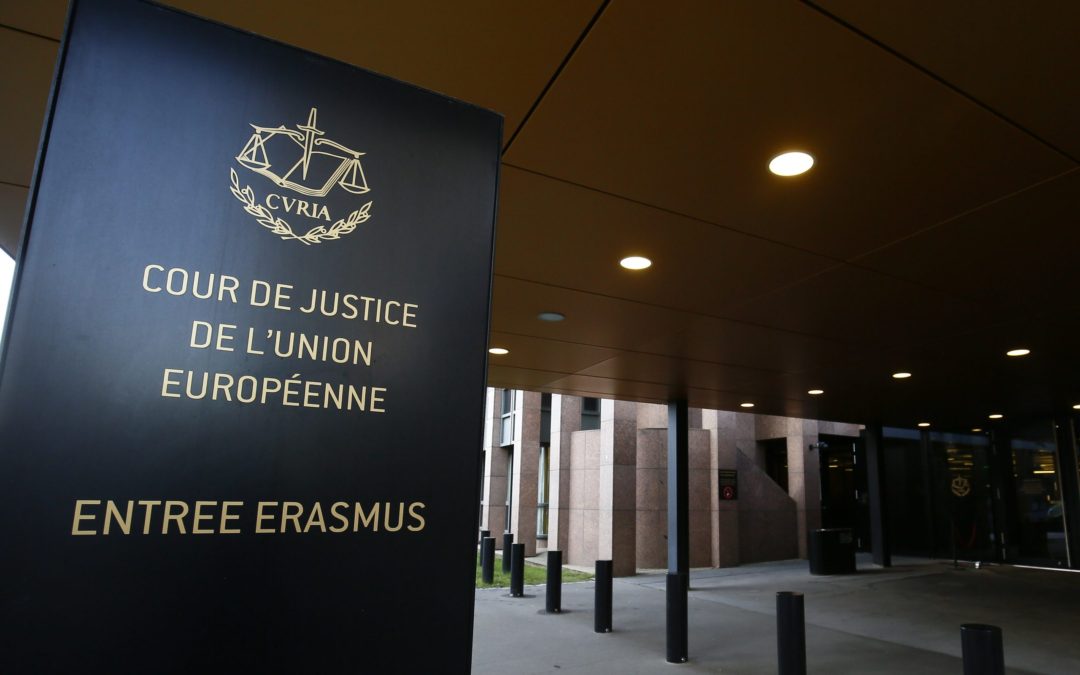 New Europe (22.12.2020) – The European Court of Justice ruled that authorities in European countries may ban the practice of ritual slaughter to promote animal welfare.

The case arose in Belgium, where it is now illegal to slaughter livestock that have not first been stunned into unconsciousness, despite the fact that both Muslim Halal and Jewish kosher rituals require the animal to be conscious when it is slaughtered.

To be clear, the word ‘stun’ is something of a euphemism in this context. The most common pre-slaughter stunning methods include the use of captive bolt guns, which shoot a steel bolt into the animal’s brain, electrical stunning, which involves sending a high voltage electric current through the animal’s brain and/or heart, and CO2 stunning, in which the animals are gassed and eventually either fall unconscious or die through hypoxia or asphyxia- but not instantaneously. On the flipside, kosher ritual slaughter (shechita) requires the use of a special razor-sharp elongated blade that severs the trachea and esophagus of the animal in one fluid motion, causing instantaneous loss of blood pressure, so that the animal feels nothing.

Article 10 of the Charter of Fundamental Rights of the European Union guarantees religious liberty and freedom. Article 52, entitled ‘Scope and interpretation of rights and principles’ requires that “Subject to the principle of proportionality, limitations may be made only if they are necessary and genuinely meet objectives of general interest recognised by the Union or the need to protect the rights and freedoms of others.”

No one is arguing that animal welfare is not an important topic. Jewish law, for example, forbids unnecessary cruelty to animals and sees this as a Biblical mandate. As such, there are incredibly strict requirements that kosher slaughter be humane, and the same is true for Halal.

That is why the ruling was factually wrong. The Court’s starting premise was that “a scientific consensus has emerged that prior stunning is the optimal means of reducing the animal’s suffering at the time of killing.” There is no such scientific consensus. Research done by Dr. Temple Grandin, perhaps the world’s leading expert on the humane treatment of animals for slaughter, found that when shechita is done properly the animals show little or no stress reaction to the ritual cut before losing consciousness. In her words, “It appears that the animal is not aware that its throat has been cut.” There is no evidence that kosher slaughter is in any way ‘crueler’ than stunning.

The ruling was also deeply problematic from a legal perspective. As to whether such a ban would be “necessary” the Court decided to treat that word so broadly as to render it meaningless. Having acknowledged that “where there is a choice between several appropriate measures, recourse must be had to the least onerous, and the disadvantages caused must not be disproportionate to the aims pursued,” and that “other measures, less drastic than a ban on slaughtering without prior stunning, could somewhat limit the negative impact of that method of slaughter on animal welfare,” the Court then did what no secular Justice should ever attempt to do. In a truly incredible act of uninformed hubris, the Court told the learned members of the Jewish and Islamic faiths that under the Court’s own reading of the religious rites, they should all be fine with a stunning requirement, and that the ban depriving Belgium’s 500,000 Muslims and 30,000 Jews the right to engage in their religious requirements does not, therefore, constitute a disproportionate interference with their freedom of religion.

The ruling was also deeply hypocritical in the way it disposed of the applicants’ discrimination challenge. The Court acknowledged that there is no similar provision requiring prior-stunning before killing animals in the context of hunting and recreational fishing activities or during cultural or sporting events, but dismissed that disparity because those are not food production activities, a distinction with no practical difference. The Court reasoned that “if the concepts of ‘hunting’ and ‘recreational fishing’ are not to be rendered meaningless, it cannot be argued that those activities are capable of being carried out in respect of animals which have been stunned beforehand.” Incredibly, mere paragraphs after self-assuredly redefining religious slaughter to the faithful, the Court could not conceive of saying the same thing to recreational fishermen about their favorite pastime.

That is why the ruling sets such a dangerous precedent for religious groups in European countries. It demonstrates an utter lack of respect for religious tradition and a willingness to dispose of religious rights in the name of fealty to dubious scientific claims and shifting cultural whims. The message such a ruling sends is that religious minorities are not welcome in the EU. One can only hope that the European Court of Human Rights, where the applicants now turn, issues its own corrective, and the European Court of Justice reconsiders its overreach.

Otherwise, it may be open hunting (which apparently can’t be limited,) on European religious rights.

By Dr. Mark Goldfeder
Director of the National Jewish Advocacy Center and the founding editor of the Cambridge University Series on Law and Judaism