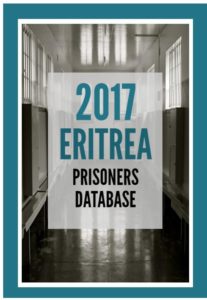 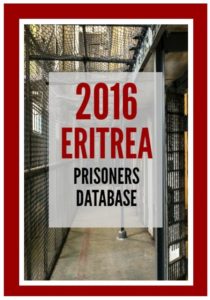 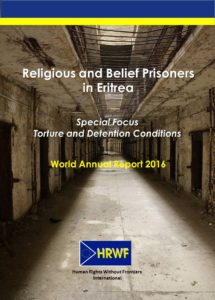 “A 2015 United Nations Commission of Inquiry of Eritrea concluded that the Eritrean government engages in ‘systemic, widespread, and gross human rights violations’ carried out in a ‘context of total lack of rule of law.’ [1] Within this totalitarian state, an array of human rights violations occur, some of which may constitute crimes against humanity.

Religious adherence in Eritrea’s population of around 6.3 million people[2] is considered to be roughly half Christian and half Muslim: about 50% of the population is Sunni Muslim, 30% is Orthodox Christian, and 13% is Roman Catholic[3]. The country officially recognises four religious groups: the Eritrean Orthodox Church, the Evangelical (Lutheran) Church of Eritrea, the Roman Catholic Church, and Islam. No new religious groups have been approved since 2002, despite numerous applications and attempts to extend religious freedom. Registration of religious groups only requires the president’s signature for full approval. In theory, the Constitution, although unimplemented, protects religious freedom in Eritrea…”