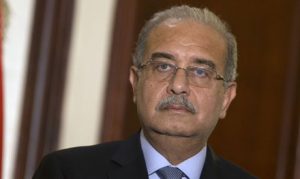 Ahram Online (26.02.2018) – http://bit.ly/2FdYve5 – The Egyptian cabinet on Monday approved the start of a four-month legalization process for the status of 53 unlicensed churches and affiliated buildings across the country.

“The cabinet decisions comes in light of the rights granted by the 2014 constitution to the followers of the Abrahamic religions to practice their religious rites at places of worship,” a statement by the cabinet said.

Article 64 of the Egyptian constitution stipulates that the right to freedom of religious practice and to establish places of worship for the followers of the Abrahamic faiths: Islam, Christianity and Judaism.

In 2016, the government passed a law that speeds up the licensing process for building Christian houses of worship.

Prior to the 2016 law, the country’s Christians, who make up an estimated 10 percent of the country’s 100 million population, had long struggled to obtain building permits for churches, with the process often taking years.

In early January 2018, Egypt’s Ministry of Housing issued an order to allow Christians to practice their religious rites at unlicensed churches pending the legalization of their status.

The ministry’s directives came after a mob of Muslims stormed a building in Giza’s Atfih saying Christians were conducting prayers at an unlicensed site.

A number of Christian worshippers were injured during the attack and furniture destroyed.

Prime Minsiter Sherif Ismail had formed in January, 2017 a special committee to review pending church approval requests in order to address the issue.

Archpriest Antoun, a member of the PM’s committee, said that the Coptic Orthodox Church had presented requests to formally recognise 2,600 churches and affiliated buildings in all Egyptian governorates by the end of September 2017.

Many Christian congregations have for years had to conduct prayers in unlicensed churches or in buildings that were not officially designated for religious use.