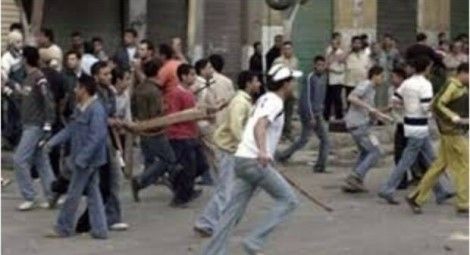 Sectarian violence broke out in the village of Barsha in Minya governorate, Upper Egypt, on 25 November, when hundreds of local Muslim villagers attacked the homes and properties of local Christians.

CSW (27.11.2020) – https://bit.ly/2Jth3ew – The incident began after rumours circulated that a Christian man, who remains anonymous to ensure his security, had posted a comment on his personal Facebook page that was deemed insulting to Islam. The man claims that his page had been hacked.

The assailants also attempted to attack the church of Abou Sefin, where the congregation was celebrating the beginning of the Coptic fast. A minibus belonging to the church was burnt, and several homes and properties were damaged, but no one was hurt. Police were deployed quickly, and arrested a number of local Muslims and Christians who were involved in clashes.

The allegation that sparked the violence comes amid a significant increase in the number of people arrested on charges relating to contempt of religion and blasphemy during 2020.

CSW’s CEO Scot Bower said: “While we are relieved that nobody was hurt in this incident, the Egyptian government must do far more to combat sectarian violence and bring an end to the culture of collective punishment in the Minya region. This incident must be thoroughly investigated, with those responsible brought to justice. The societal hostility underpinning sectarian discord, which facilitates frequent outbreaks of violence in the area, must also be addressed.  We encourage the Egyptian authorities to engage positively with human rights organisations to promote religious diversity and equality of citizenship through civic engagement and education.”