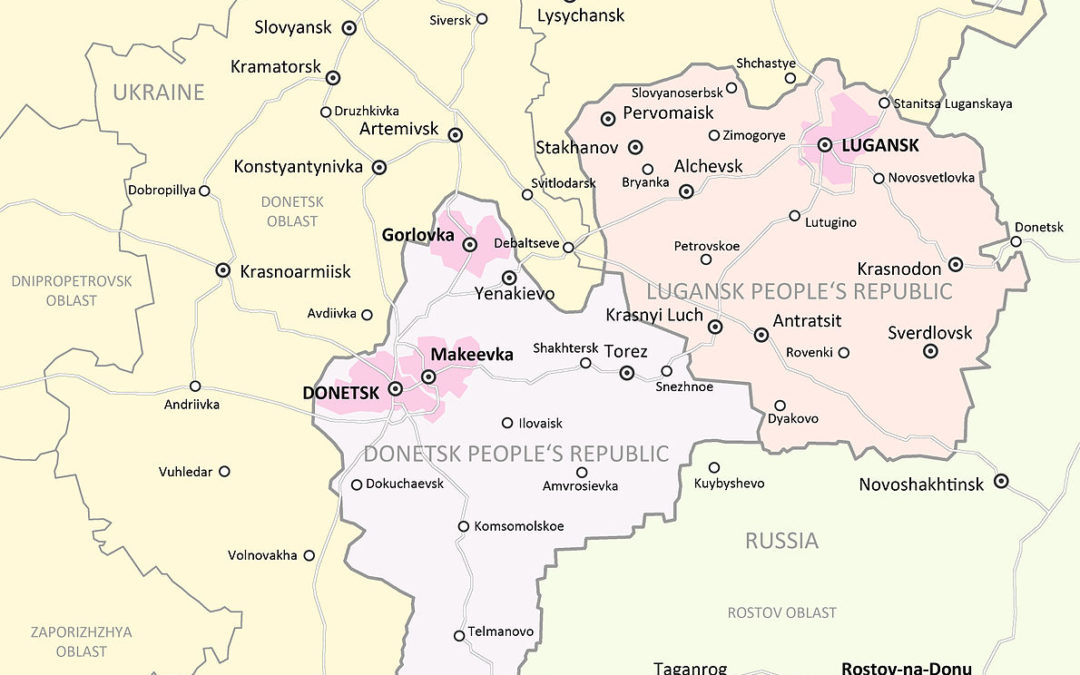 HRWF (27.11.2020) – On 20 November 2020, HRWF organised a webinar with panellists from several Ukrainian civil society organisations about the humanitarian situation in the non-government controlled areas of Donetsk in Ukraine. Oleksandra Matviichuk from the Centre for Civil Liberties spoke about a secret prison in Donetsk known as ‘Isolation’.

The following is an excerpt from her paper about this prison. Please note that there is a trigger warning as it contains detailed accounts of torture:

The ‘Isolation’ is an unofficial prison on the territory of a military base[1] located at the following address: 3 Svitlyi Shlyakh St, the city of Donetsk. It was established after the forcible seizure in June 2014 of a former insulation material factory owned by the IZOLYATSIA Foundation. Now, they train military personnel, store military equipment and weapons, and keep illegally detained people on that base.

Up to 80 people can be held in ‘Isolation’ at the same time. The unofficial prison includes eight cellars, two dungeons and two basements. It holds mostly civilian hostages, whom the so-called Ministry of State Security of the Donetsk People’s Republic (MGB DPR) suspect of disloyalty. As of October 2019, about 30% of prisoners held there were women. People detained in this prison have been without contact with their families and the outside world for years, and even the International Committee of the Red Cross has no access to them.

Prisoners are forced to work on base. They cut metal, weld gratings, service the military base, build military training grounds, and wash military equipment.

In December 2019, after 28 months in ‘Isolation’, Stanislav Aseyev[2], a journalist of Radio Free Europe/Radio Liberty, was released. He recalls that in the fall of 2019, the prison administration almost completely starved the prisoners. Each individual only received up to 50 grams of bread per day. Prior to that, prisoners were sometimes allowed to pick fruit from nearby trees while they were doing forced labour, or to take spoiled food from the local warehouses seized in 2014. This starvation continued for a month. Some prisoners announced in despair that they would completely reject the ‘food’ provided by the authorities. In response, the administration provided rice and canned fish for two weeks. Then this meal ended. When asked why, authorities told detainees that the prison was unofficial, so no one was obliged to feed them.

‘Isolation’ is known for torture and ill-treatment of prisoners, regardless of gender, age or health. The 16 November 2019 to 15 February 2020 report[3] of the Office of the UN High Commissioner for Human Rights documented prisoners being subjected to: beatings, electric shocks, asphyxiation (using both ‘wet’ and ‘dry’ methods), sexual violence, torture, removal of body parts (such as nails and teeth), deprivation of water, food, sleep or access to the toilet, imitation of an execution, threats of violence or death, and threats of harm to their families.

Torture by electrical shock is the most common technique. Two wires from a special device called an ‘induction coil field telephone’ are connected to the prisoner and an electric current of varying power is applied. Wires can be attached to any part of the body – from fingers to a tongue. Most often, one wire is attached to the genitals, and the other – in the form of an electrode – is inserted into the anus. At the time of electrocution, people are usually being kept naked in one of the two basements and constantly soaked in water by guards. Prisoners suffer additional emotional agony due to threats that the authorities will arrest their family members (usually a wife, mother, or sister), bring them to the basement and rape them in front of that prisoner.

According to Stanislav Aseyev, in the fall of 2017, the prison administration intentionally began to broadcast the torture occurring in the basements via a screen that was located on the same floor as the cells for other detainees. Consequently, prisoners constantly heard the screams of people being tortured. Towards the end of 2017, a new practice was introduced in which people were tortured in a room next to the cells, forcing the other prisoners to sing Soviet patriotic songs in attempts to drown out the screams.

The prison administration constantly beats and humiliates male and female prisoners alike, regardless of whether they signed a confession forced by the MGB DPR. They attack people when transporting them to forced labour, during these jobs, and in their cells at night to keep them from sleeping. Some prisoners are kicked under their bunk bed and then forced to bark like a dog.

The ‘newcomers’ are subjected to the ‘stretching’ method which is when a prisoner is forced to face the wall and spread their legs wide while placing their hands on the wall above their head. Any attempt to lower their hands is punishable by being hit in the genitals with a special pipe. People are forced to stand in this position for several days until they fall.

In the fall of 2017, the prison administration also organised fights between prisoners for their entertainment. They would take some prisoners to an industrial area near the military base and force them to fight.

No medical care is provided to detainees. The report[4] of the Office of the UN High Commissioner mentions a healthcare worker whose primary task was to revive people who lost consciousness during torture. Deaths of prisoners have been reported, but the exact number of people who have died in ‘Isolation’ is unknown. At least a few hundred people have been held in this prison over the years, but the exact number is also unknown.

[1] The military base and the ‘Isolation’ prison report to the so-called Ministry of State Security of the Donetsk People’s Republic (MGB DPR).

[2] All the testimonies of Stanislav Aseyev were recorded by him especially for this document.