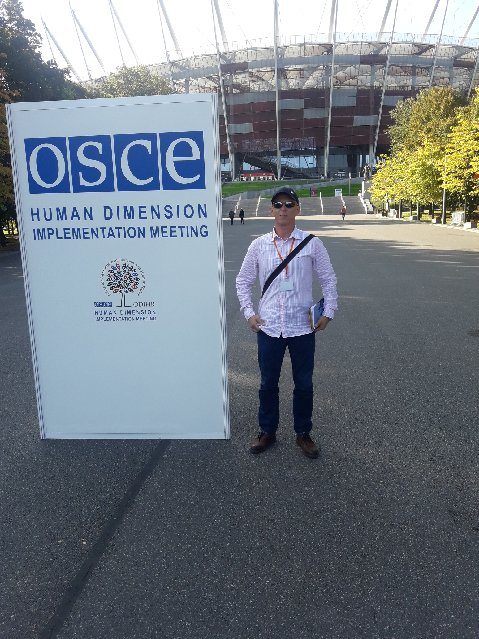 EU Today (22.05.2020) – https://bit.ly/3eixkNc – This comes after the recent adoption of the so-called Zagreb Declaration in which EU leaders reaffirmed their determination “to further intensify their engagement at all levels to support the region’s political, economic and social transformation”.

At a video conference on 6th May, the EU reconfirmed its support for the integration of the Western Balkans after the 27 EU leaders held a meeting with their six Balkan counterparts.

In March, North Macedonia and Albania won approval to start EU membership talks after a two-year delay. Four others, Bosnia and Herzegovina, Kosova, Serbia and Montenegro, are still waiting and Willy Fautré, director of Brussels-based Human Rights Without Frontiers (HRWF), argues that each is yet to demonstrate they are “sufficiently mature” to integrate “European values and principles”.

He cites, as an example,the very country which is currently at the helm of the EU decision-making process: Croatia.

Integration into the EU presupposes there will be a multi-lateral reconciliation process between the Western Balkan states but also with Croatia which joined the EU on 1 July 2013, the bloc’s most recently enlargement.

Concretely, Croatia and Serbia will have to reconciliate.

However, in 2018, the European Commission on Racism and Intolerance (ECRI) of the Council of Europe (CoE), the respected Strasbourg-based human rights watchdog, expressed alarm over the rise of right-wing extremism and neo-fascism in its fifth report about Croatia, the first of the seven Western Balkans countries to join the EU.

A report on 5th May, published by Balkan Insight, which focuses on investigative reporting from southeast Europe, denounced the anti-Serb activities of the HOS (Croatian Defence Forces) associations which it says are used by right-wing cliques within the ruling party, Croatian Democratic Union (HDZ), to promote anti-Serb rhetoric and historical revisionism about WWII in exchange for institutional support. The same report also points to the involvement of HOS soldiers in illegal and often violent evictions of mainly Serb occupants of former Yugoslav People’s Army owned apartments in Split.

In fact, some 25 years after the end of Croatia’s war for independence from Serbia, thousands of Serbs are still fighting for their property rights in the country that is chairing the EU for the first six months of 2020, arguably the most turbulent period in the bloc’s entire history.

Behind the politics there are, as always, deep personal, often tragic, stories that highlight current failings.

One such example is that of Dalibor Močević, a Croatian citizen of Serbian descent, whose plight has been illustrated by rights groups, including HRWF, as being of “real cause for concern.”

He is one of thousands of Serbs who were deprived by Croatian laws of their houses, apartments or other property in the aftermath of the Yugoslav wars, which led to the breakup of the Former Yugoslav Republic.From his birth in 1972 until 1994, Močević, a citizen of Croatia from Serb descent, lived in an apartment in Zadar that belonged to his father. In 1992, his father died in a sanatorium as a victim of the war.

In 1993, a nasty surprise was awaiting Močević, who was employed by a merchant shipping company, when he returned from a one-year trip on foreign seas. He discovered that his house, which jointly belonged to him and his elderly mother, had been confiscated by the authorities and given to Croatian refugees who had been displaced by the war.

From 1993 until 2018, he vainly brought his case of property dispossession to court. For 15 years the municipal court and the county court of Zadar issued conflicting decisions until he was deprived of his property rights. In 2010 Močević lodged an appeal with the Supreme Court which was dismissed one year later. He also lodged a complaint with the Constitutional Court against the Zadar County Court decision, alleging violations of his constitutional rights to equality before the law and fair proceedings as well as his right to peacefully enjoy his possessions. It was all to no avail.

In the meantime, Močević was forced to leave Croatia due to the fear of his own safety as he repeatedly received threats to his life. Močević considers that he was discriminated against by the Croatian authorities because of his Serb origin.

This property case which took place in Zadar, situated on the Adriatic Sea, has to be related to the collapse of the Yugoslav Republic and the wars of independence by its various national populations from 1991 to 1995. During that period, Croats and Serbs fought against each other. This enmity has not disappeared since then and this is the general context of Mocevic’s troubles.

In 2009, his mother died in the General Hospital in Zadar under suspicious circumstances that he wanted to clarify. He requested an investigation but there was no follow up, neither from the hospital nor from the Ministry of Health and the County Prosecutors Office.

In another case concerning his divorce, Močević was denied custody of his young son despite the fact that he had been taken from his ex-wife by the local Center for Social Welfare because of her persistent alcoholism and psychiatric problems.

Močević insists that he was repeatedly denied justice because of his Serb origin. His lawyer also shares the view that other Serbs in Croatia are discriminated against due to various personal or institutional collusions between some judges, political figures and extreme nationalists.

Fautré concludes, “At this stage, despite the effort jointly performed by the EU as well as countries from the region, a lot of work will still have to be done before all of the Western Balkans countries and their populations become sufficiently mature to integrate the European values and principles and can join the EU.”