A Serb claims he is discriminated against by the Croatian authorities

HRWF (03.06.2019) – Complaints filed by Dalibor Mocevic, of Serbian descent, about the suspicious death of his mother and telephone threats have remained dead letter for many years in Croatia. 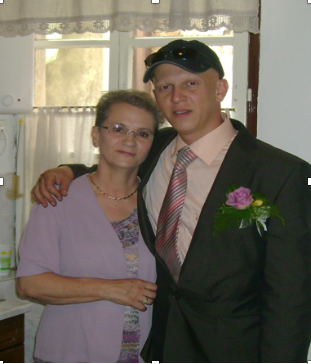 Dalibor Mocevic and his mother

The Croatian national courts acted against him solely on the basis of his nationality, he says.

In 1993, D. Mocevic was a victim of a first serious violation of his property rights about which a complaint has been lodged with the European Court of Human Rights. After coming back home from a one-year travel on foreign seas (he was employed by a merchant shipping company), he discovered that his house, jointly belonging to him and his mother after his father’s decease, had been confiscated and handed over to a Croatian family displaced by the war.

These cases of discrimination which took place in Zadar, the fifth largest city of the country situated on the Adriatic Sea, are to be related to the collapse of the Yugoslav Republic and the wars of independence by its various national populations from 1991 to 1995. During that period, Croats and Serbs fought against each other. This enmity has not disappeared since then and this is the general context of D. Mocevic’s troubles.

On 25 August 2009, Mrs Sofija Mocevic, passed away in the General Hospital (GH) of Zadar while her son Dalibor Mocevic was away. Her common-law partner she was living with after the death of her husband told him that she had died from a stroke. Right from the beginning, D. Mocevic suspected that she had died in unclear circumstances and her partner, Ante Radetic, a Croatian national, had some responsibility in her death.

When he got a copy of his mother’s medical file, he noticed a number of differences from what he had been told by her partner.

Under the Rulebook on Conditions, Organization and Method of Outpatient Emergency Medical Assistance (Article 25, para. 6, 7 and 9) it is prescribed that there should be forms of the hospital emergency service in her medical file but inexplicably there were not any. D. Mocevic vainly tried to get an answer from GH Zadar but he did not get any.

According to the version of the facts told by Mr Radetic, D. Mocevic’s mother was feeling bad round 1.30am and her left side got paralyzed. However, according to the hospital file, D. Mocevic found that she had only been admitted in the hospital at 3.30am, two hours later, although her apartment was only 100 m from the hospital. When D. Mocevic asked for a copy of the complete medical file, he only received a report from the protocol.

In the last month before her death, Sofija Mocevic’s blood test had showed drastic changes in her white cells that were not reflected in her medical records. Noteworthy is the fact that, although there had not been any toxicological report, they mention there was no sign of poisoning.

Another intriguing detail. After Sofija Mocevic’s death, the hospital gave back her necklace, her rings and her watch to her son. This is inconsistent with the fact that she had been transported from her bed at home to the hospital in the middle of the night and that she always removed such items before going to bed, according to her son.

After Mrs Sofija Mocevic’s death, her common-law partner, Ante Radetic, hurried to sell the land, the apartment and other items. He also withdrew all the funds from their joint bank account.

All these facts further enhanced D. Mocevic’s suspicions about the real cause of his mother’s death.

Due to these and other circumstances indicating suspicious handlings of his mother in hospital and unclear circumstances regarding her death, D. Mocevic sent a letter a letter dated 20 December 2010 to the County Prosecutors Office in Zadar, requesting some investigation about his suspicions. The complaint was registered under Nr KR-DO-405/2010. The Prosecutor’s Office asked the hospital to make a statement on the relevant facts and the police to carry out the necessary investigation.

In December 2010, D. Mocevic received several threats via text messages, from his mother’s partner.  These threats were communicated to the police with a copy of the list of telephone conversations and sms messages but they did not carry out any investigation.

In 2011, he received a threatening letter from Ante Radetic, who warned him “not to be a hero” and asked him for a payment of 25.500 € as a “debt” which was a part of his own mother’s inheritance, for the collection of which A. Radetic said “I will not need the Prosecutors’ office”. This letter was sent to Mr. Močevic after he reported his suspicions to the police.

During 2011, 2012 and 2013, D. Mocevic complained to the State Attorney (DORH) about the excessive duration of the preliminary investigation into the death of his mother and also threats he received on his phone. There was no reaction.

In 2009/2010, D. Mocevic also sent an inquiry to the Emergency Services of the Zadar County Hospital who refused to provide him with his mother’s medical record for over a year. That is when he noticed significant discrepancies regarding the time of her admission in hospital and her complete check-up along with her blood test results.

On 28 March 2012, D. Mocevic filed a criminal complaint with the County Prosecutor’s Office in Zadar, against the police but he was never notified about the follow up of his complaint.

In conclusion, preliminary criminal investigation into two different issues concerning D. Mocevic lasted for eight years without any outcome, because he is of Serbian origin and the man against whom he lodged complaints is a Croatian, he says.