Conditional presidential amnesty for a Somalian professor jailed for blasphemy 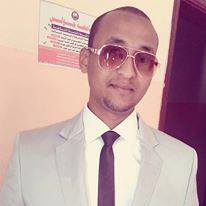 HRWF (12.02.2020) – On 30 April 2019, Mahmoud Jama Ahmed-Hamdi who is a university lecturer in Hargesia, the capital of the breakaway-region of Somaliland in Somalia, was sentenced to 2 1/2 years in prison for a Facebook post that authorities called “blasphemy.” He had been arrested on 21 March 2019.

In that Facebook post, Ahmed-Hamdi criticized the passive approach to recurring droughts in Somalia, where people pray to God instead of taking proactive steps to resolve them. Ahmed-Hamdi said Somalis should learn from “advanced societies” such as in the United States and Europe and address drought by “making rain.”

Somaliland and large parts of Somalia have suffered from repeated droughts in recent years, a phenomenon many have connected to climate change. The droughts have killed millions of livestock in an economy dependent on livestock-exports and have caused millions of people to be displaced due to starvation. The United Nations has called for $1.6 billion dollars in international aid (https://bit.ly/2vkl6Cs) to prevent hundreds of thousands of deaths. As of 2017, there were 1.2 million malnourished children in Somalia according to Samaynta News.

“The advanced countries make rain but we are still praying to get rain, although despite our prayers we are still suffering every year from drought.

So, we should learn and base our life on reason and knowledge, not on Myths.”

I am a secular Muslim. It  means that I am fighting to keep religion in the private sphere and the state away from the beliefs of its citizens.

I believe in the Quran, but that is irrelevant since no Somali can be a non-Muslim inside Somalia. The religion of an individual becomes important when they can choose it freely.

I fully support freedom of religion and belief, including for atheists.

A court in the region of Maroodi Jeex sentenced today (April 30 2019) to two years and six months in prison instructor Mahmoud Jama Ahmed, nicknamed “Hamdi.” He was found guilty of the crime of blaspheming the Islamic religion, as was confirmed to Horn Cable Tv by the judge of the Maroodi Jeex court who reached the verdict. The citizen who was found guilty spread these blasphemous writings on social media, particularly Facebook. Mahmoud Jama Ahmed Hamdi taught at one of the universities in Hargiesa. In 2012, he ran as a candidate from the opposition Wadani party in municipal city council elections, although he did not win. Hamdi appealed his prison sentence, as was stated by the judge who gave the verdict. (Hasan Galaydh, Horn Cable reporter, Hargiesa)

On 27 January 2020, Prof. Mahmoud Jama Ahmed-Hamdi received conditional presidential amnesty. This means that he was released from prison, but with severe limitations on his freedom. He cannot disseminate his thoughts, whether in writing or through public lectures, and he is prohibited from resuming teaching at the university for a period of five years. The authorities justify these restrictions by claiming that he disturbed the public order and so could have a negative influence on his students.

As of today, he still does not dare leave his house. He is concerned about his personal safety because he received death threats from Islamic militants before his arrest. These militants consider him an anti-Islam person, and so he is scared that he will be targeted.

Despite being released from prison, he is currently under house surveillance.

He needs the assistance of all who believe in the right to freedom of religion or belief, including secularists and believers of all faiths.

His email address is: abuabdala15@gmail.com