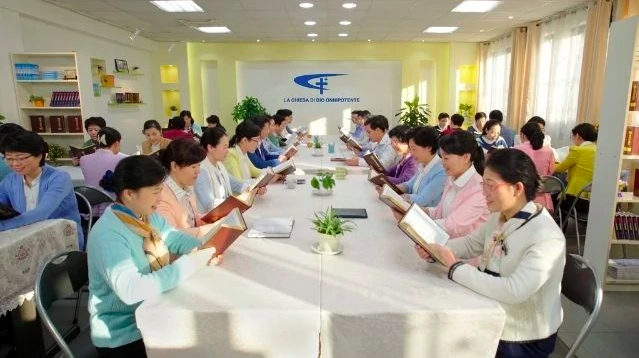 Better Country of Origin Information (COI) led to favorable decisions in some countries—but not all courts are aware of them.

The outcome of their asylum proceedings largely depend on which COI (Country of Origin Information) about both the situation of religious liberty in China and the CAG are available to, and relied upon, by the commissions and courts involved.

The first decisions about CAG asylum seekers were mostly negative, and based on COI with incomplete and often erroneous information on the Church. There were two reasons for this. First, COI are based either on scholarly studies or on journalistic sources. The latter, even when published in the West, mostly reflected official Chinese publications that tried to justify the persecution of the CAG. For independent scholars studying the CAG in China, where it is heavily persecuted, is virtually impossible. Serious academic studies on the CAG started appearing after the Church established communities in democratic countries, i.e. from 2015 on, and became significant after 2017, in turn influencing some quality media. Second, as Bitter Winter has repeatedly learned from lawyers involved in asylum proceedings, Chinese embassies and consulates continue to supply authorities in the countries where the refugees arrive with hostile information about the CAG.

Even when produced by governmental agencies, most pre-2017 COI on CAG were inadequate, and often repeated fake news spread from the Chinese propaganda. Starting in 2017, however, the situation changed. While scholars had criticized COI produced in 2014 by the Immigration and Refugee Board of Canada, often quoted in European decisions, the Canadian Board released new and updated COI in 2019, after consulting with the leading Western scholars who had written about the CAG.

In the same year, the Italian Ministry of Internal Affairs published its COI (in Italian) on the CAG and its persecution in China. A parallel COI report by the same Ministry highlighted how CAG members abroad are kept under surveillance and identified through facial recognition, so that they can be arrested if they return to China. Finally, in 2020, the Ministry of Foreign Affairs of the Netherlands published new COI on China, with a substantial section on the CAG. In 2019 and 2020, the Department of State of the United States also examined the persecution of the CAG in its yearly reports on religious liberty.

Although a CAG believer may find occasional incorrect details when CAG theology is mentioned, these documents from 2019 and 2020 are based on a serious and commendable effort to deal with the scholarly literature on CAG now available. Based on these COI, it should be possible for CAG refugees to be recognized as members of a persecuted minority, whose reasonable and justified “fear of persecution” should they return to China entitles them to asylum in democratic countries.

This is indeed the case when the new COI are read and used. For example, several decisions issued after the new Dutch COI were published granted asylum in the Netherlands to CAG believers. In Italy, several decisions, including two by the Supreme Court, were also favorable to CAG refugees.

Unfortunately, however, we still see decisions where old COI are used, the new COI are ignored, and unfounded arguments are invoked to conclude that CAG refugees are not entitled to asylum. Bitter Winter has learned of a recent negative decision in Italy that is somewhat typical in this respect, but examples also exist in other countries.

Some decisions recognize that there is no religious liberty in China, and that the CAG is persecuted, but regard the individual story of the CAG asylum seeker as not believable. Refugees who arrive in a new country may sometimes be afraid and confused, and not capable of clearly reporting their stories. It is also the case that the official translators provided by the commissions may not offer the high translation quality that would be needed in such delicate cases.

Commissions should look at the larger picture rather than looking for contradictions in lesser details. Since, as the most recent COI confirm, being a member of the CAG is enough to be arrested and jailed in China, once the fact that an asylum seeker belongs to the CAG is proved, the “fear of persecution” should be regarded as proved too.

There are, however, decisions that do not recognize the existence of a religious persecution in China or that the CAG is persecuted. Some seem to trust more the information spread by the Chinese embassies than the COI of their own governments (in Italy, one decision continued to quote outdated COI from the University of Rome, while new ones from the Ministry of Internal Affairs are available). In rare cases, governmental COIs and scholarly studies are dismissed as coming from sources “hostile to China”—which would of course disqualify almost all scholars and international human rights bodies who have dealt with China, as they unanimously concluded that human rights are not respected there. Unbelievably, Chinese propaganda claiming that religious liberty prevails in the country is believed, together with the fake news about the CAG, and this despite the fact that recent COI produced by governments tell a different story.

It is also false to argue that only scholars and governments hostile to China report about the persecution of the CAG. In fact, these news often come from the Chinese government itself. An official Chinese Web site on the repression of the xie jiao (religious groups banned by the government) has a section on court cases, and informs weekly on decisions sentencing CAG members to several years in jail only because they practice and spread their faith. China operates the largest data base of legal decisions in the world. Although it does not include all decisions rendered in China, searching for cases involving CAG devotees leads to find hundreds of them sentenced to severe jail penalties for the only “crimes” of gathering for worship, evangelizing, or keeping at home CAG literature. The conclusion is that the information about the persecution of the CAG in China does not come from governments and scholars critical of China only. It comes primarily from the Chinese authorities themselves.

Finally, some decisions continue to argue that, if the CAG asylum seekers had been really persecuted in China, they should not have been able to obtain a passport. If they obtained a passport, some European decisions state, this is the proof that they were not persecuted.

A legal answer to this argument is that the asylum seekers should not prove they were persecuted in China, but that they have a “well-founded fear of persecution” (Article 1 of the 1951 Refugee Convention, Article 1 of the 1967 Refugee Protocol, Article 2 of the 2011 European Union Recast Qualification Directive). As the Italian COI on CAG and facial recognition specifies, even if the refugees were not known as CAG members in China, when they obtained the passport, they are known to the Chinese authorities as CAG believers now, because China keeps watch of the CAG and other dissident Chinese communities abroad, and identifies its members through facial recognition. If they go back to China, they will be arrested.

But there is also a factual answer. Once again, when stating categorically that a member of a persecuted group cannot obtain a passport in China, some European decisions rely on outdated COI on Chinese security, and also on a faulty logic. Chinese security systems are not infallible, and as the 2020 Dutch COI on China report, can possibly be overcome “through bribery.”

Plain logic should also help in concluding that obtaining a passport for a CAG member is not impossible. Every month, Chinese sources report that dozens of CAG members have been identified and arrested. While this proves persecution, it also proves that there are thousands of CAG believers who have not yet been identified as such (otherwise, they would have been arrested before). Before they are identified as CAG members, they live in a situation of risk and “well-founded fear” (as they can be identified or exposed at any time, particularly because those who denounce them receive significant monetary rewards), but can still be able to obtain a passport.

Obviously, political considerations interact with the purely legal ones. In certain countries, the desire not to antagonize China may prevail on other considerations. Yet, administrative commissions and courts should recognize that in China there is no religious liberty, that CAG is severely persecuted, that being identified as a CAG member is enough to go to jail for several years, and that China keeps a watch on CAG communities abroad and knows who is active there. These are all facts, easy to be proved, and acknowledged by COI published by governmental authorities. Those who send back to China CAG asylum seekers should know they are sending them to jail, or worse.