After being detained at the Religious Affairs Office in Fuan, he was taken to an undisclosed location “to study and learn.” Catholics believe that he will be pressured into joining the Patriotic Association. His refusal will likely mean that he won’t be allowed back to his diocese. 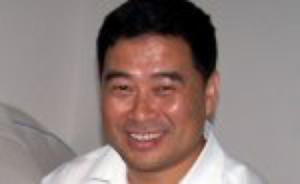 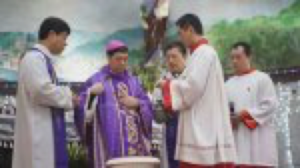 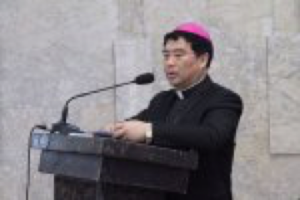 AsiaNews.it (10.04.2017) – http://bit.ly/2nYpfaW – Mgr Vincent Guo Xijin, underground bishop of Mindong, has been missing for four days after he went to Religious Affairs Office in Fuan on 6 April.

Although not recognised by the government, Mgr Guo is the ordinary bishop of the diocese following the death of his predecessor, Mgr Huang Shoucheng on 30 July 2016.

Reacting to concerns expressed by Catholics who do not know where their missing leader is, the head of Public Security in Ningde said that the bishop “needs to study and learn” and will remain in custody for 20 days for this purpose.

This has not allayed local concerns. For one, this means that the bishop will not be able to celebrate all the rituals of Holy Week and Easter. More importantly, Public Security has not said where the bishop is “studying” so it is unlikely to anyone will be allowed to contact him.

In the diocese, the prevailing view is that the bishop is being brainwashed to get him to join and submit to the Chinese Patriotic Catholic Association (CPCA).

Membership in the diocese of Mindong is mostly underground Catholics, more than 80,000 out of 90,000, highly organised and capable, with more than 45 priests, 200 nuns, 300 consecrated lay women and hundreds of lay catechists.

The underground bishop is well liked and in good terms with all the faithful, even those in the official Church. For the CPCA, this is humiliating since the Holy See, after the death of Mgr Huang, confirmed Mgr Guo as his successor in the post of ordinary bishop.

“It is impossible for the bishop to join the CPCA. He will never do it,” one priest said. However, this will likely mean that he will not come back to head the diocese. For this reason, Catholics in Mindong are asking Christians to pray for Mgr Guo.

He became a priest in 1984. He taught in seminaries and served as the diocese’s economic administrator. However, his most important work was to sustain and encourage men and women in their respective religious vocations. He equally encouraged his young seminarians to study in public universities and colleges.