CHINA: Like a Lamb to the Slaughter: Will the United States Send This Woman to Her Death?

An Open Letter to President Trump 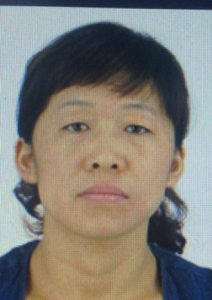 We are NGOs, some of them with ECOSOC consultative status, active in the defense of human rights and religious liberty, with a special experience and concerns for China, and write to ask for your urgent intervention in a question, literally, of life and death.

It regards an asylum seeker of a Chinese Christian new religious movement, The Church of Almighty God, who is detained in Detroit, Michigan, and threatened with immediate deportation back to China, where she will be arrested and will be at serious risk of being executed.

The Church of Almighty God is a group listed as xie jiao (“heterodox teaching,” often wrongly translated as “evil cult”) and banned in China. Being active in it is a crime under Article 300 of the Chinese Criminal Code, punished with a jail penalty from three to seven years “or more,” but being a leader of it exposes to much harsher punishment. The Chinese government has spread for several years fake news about The Church of Almighty God, accusing it of crimes it has never committed.

Ms. Demei Zou was born on August 14, 1976. She was the leader of The Church of Almighty God in four provinces of China. Because of the severe persecution, somebody in the position of Ms. Zou normally destroys all identification documents and operates under aliases. Her role, however, became known to the police. Illegally, her Church obtained a copy of her “Registration as Fugitive,” a document that reputable scholars believe to be genuine. It accuses Ms. Zou to be indeed the leader of The Church of Almighty God in the provinces of Yunnan, Guizhou, Chongqing, and Sichuan. It also accuses Ms. Zou of being involved in “stealing and transporting Chinese military secrets abroad,” an absurd accusation for those who know her Church, but one involving the death penalty.

Ms. Zou fled from China to South Korea by using the passport of another person with her photograph pasted on it. From South Korea, she moved to America and arrived at Detroit, Michigan on January 24, 2017. There, her passport was identified as false, and she was arrested. She had her initial master calendar hearing on April 11, 2017, and another one on April 24, 2017. The Court heard testimonies from Ms. Zou and three additional witnesses – two are members of the Church who have been granted asylum in the US on the grounds of religious persecution – at her individual merits hearings on June 13, July 18, and August 29, 2017. She received her notice of losing the case in December of 2017. She took her case to the Board of Immigration Appeals (BIA), but again, BIA upheld the Immigration Judge’s adverse decision. She appealed on June 15, 2018. But, according to the account she provided to her co-religionists, immigration officers advised her that she would be deported to China and in fact made attempts to put her on a plane to Beijing last week, attempts she physically resisted.

Ms. Zou does not speak English. Although the Immigration Court in Detroit also cited the fake news about The Church of Almighty God it found on the Internet (although they have disappeared even from Wikipedia, and foreign decisions in parallel refugee cases expose them as mere Chinese propaganda), the main problems were Ms. Zou’s difficulties in proving her identity, her identity documents having been destroyed, and in telling their story in a way understandable to the authorities, although her co-religionists testified of knowing her and about her role in the Church. We understand that American courts claim they cannot be sure the woman in jail in Detroit is really Ms. Zou, since she has no identity documents. But several co-religionists who escaped to the United States are prepared to swear that she is indeed Ms. Zou.

We trust that the appeal will clarify the misunderstandings, vast documentation about The Church of Almighty God and its persecution based on serious scholarly studies will be introduced, and well-known scholars familiar with the issue will be allowed to testify. In the meantime, deportation of Ms. Zou to China should be stopped. There are documented cases of members of The Church of Almighty God who returned to China from foreign countries and were arrested and even tortured, or “disappeared” there. For Ms. Zou, who has already been accused of involvement in espionage and identified as a key leader of the Church, the risk of the death penalty is very high.

It is inconceivable that the United States, a country whose commitment to human rights and religious liberty is well-known and has been solemnly reiterated under your Presidency, would render Ms. Zou to the persecutors of her Church and to the executioner, and immediate action is needed to prevent such a tragic occurrence.

LIREC – Center for Studies on Freedom of Belief, Religion and Conscience