CHINA: Hunan, Protestant pastor on trial for ‘subversion against the state’ 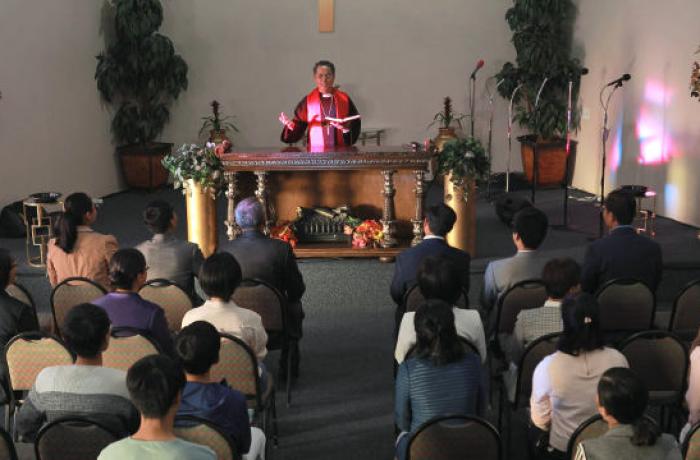 The Rev. Zhao Huaiguo is accused of using the internet, bypassing censors and posting news about the Covid-19 epidemic in China. Since 2007, the authorities have been demanding that his domestic Church join the Three-Self Movement, but he has always refused.

AsiaNews.it (09.11.2020) – https://bit.ly/32tZkdo – The trial against Protestant pastor Zhao Huaiguo, founder of the Bethel House Church, in Cili County (Hunan), has begun on charges of “inciting subversion against the state”. The first session of the trial took place last October 13, but the news has only emerged in recent days.

The pastor was arrested on April 2, but was taken by police since March 15. According to the prosecutor, the accused used software to bypass national internet censors; he recommended the software to his followers; he disseminated information on the Covid-19 epidemic in China and abroad. For the Communist Party of China, these actions seriously endanger national security.

As is now the practice in many trials in China, the authorities refused the choice of legal representation to Zhao and his family, forcing the accused to seek defense from an official lawyer. The latter, at the first session, admitted the accusation, instead of rejecting it, trying to obtain a more lenient sentence.

The trial was attended by Zhao’s wife, his son and three members of his community.

Pastor Zhao founded his Bethel Church in 2007 in Cili near the city of Zhangjiajie (Hunan). The authorities have often asked him to join the Three Self Movement, the official body that brings together all Protestant denominations, but Zhao has always refused.

According to some estimates, there are about 80-100 million Protestants in China. Of these, only 23 million adhere to the Three Self Movement, considered by the others as an easy tool in the hands of the atheist government.