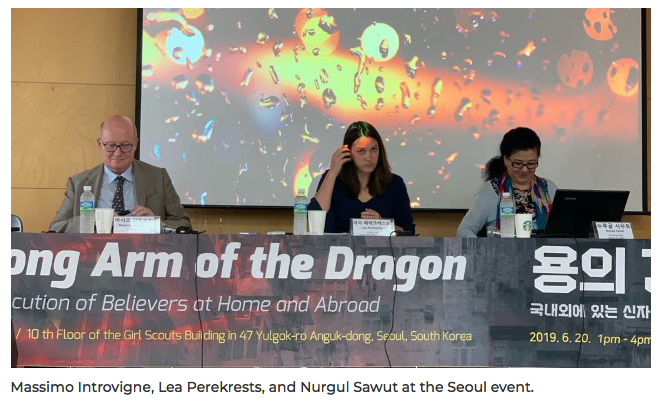 China is trying to systematically wipe out all religions which are not controlled by the Chinese Communist Party (CCP), refugees and human rights experts told a distinguished audience at the conference “The Long Arm of the Dragon: China’s Persecution of Believers at Home and Abroad,” co-hosted in Seoul on June 20 by the Korean NGO Advocates for Public Interest Law (APIL), Brussels-based Human Rights Without Frontiers (HRWF), and Bitter Winter. The experts explained how the CCP aggressively pursues religious believers who leave the country and exerts pressure to block foreign governments from granting them refugee status. The conference marked the United Nations’ World Refugee Day, and included an exhibition of pictures about religious persecution in China, most of them taken from Bitter Winter. 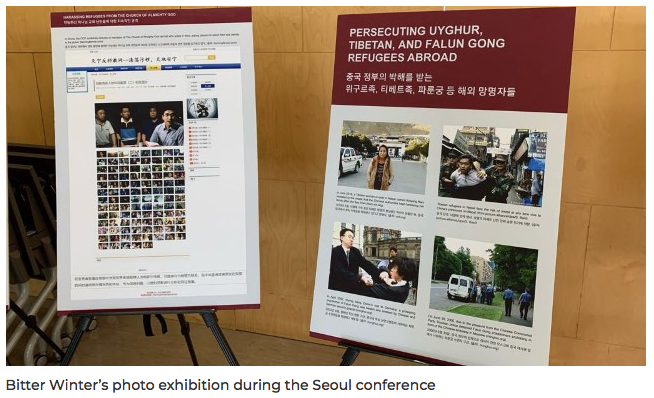 The most extensive persecution is against the Muslim majority in the Xinjiang Uyghur autonomous region. “Over three million Uyghur detainees are being held illegally in concentration camps and more are held in detention centers and prisons,” said Nurgul Sawut, Director of the Board for Campaign for Uyghurs. “What is happening is systematic genocide.” Ms. Sawut, who is based in Australia, said that at least 12 of her own family members in China were in the camps or were unaccounted for.

“It is hard for people to acknowledge the scale of repression in China,” said Lee Il, a refugee rights lawyer with APIL in Seoul. “That is partly because the situation of Uyghurs and other victims is not well known. But it is also because it does not fit the image of modern, civilized, hi-tech, secular China.”

“But the facts are very clear. Given the sheer scale, the repression now presents the greatest threat to human rights in this century. One consequence is that democratic countries are having to develop a response to refugees, not just from impoverished and war-torn countries, but from a major trading partner,” he said. 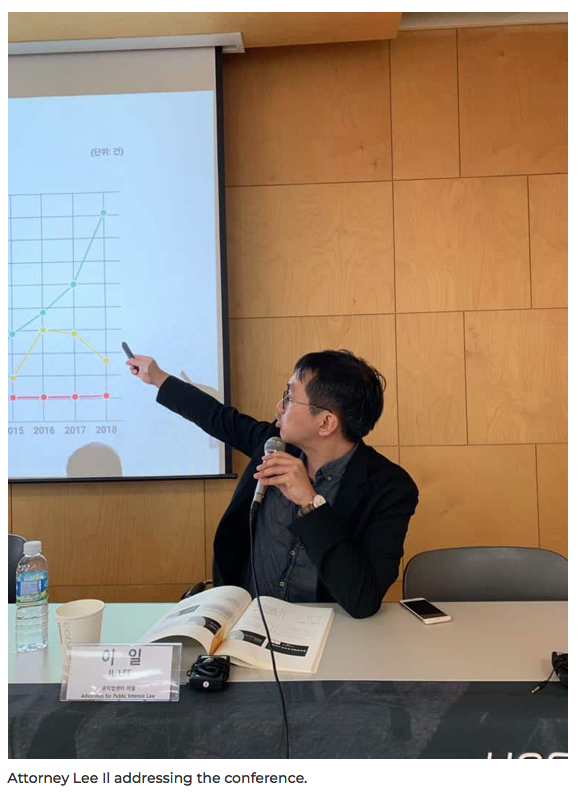 The repression includes a number of other religions, from Tibetan Buddhism to new religions like Falun Gong and The Church of Almighty God, said Massimo Introvigne, editor-in-Chief and founder of Bitter Winter. “The Chinese Communist Party has promoted a massive campaign of fake news aimed at justifying its persecution to international audiences,” he said. “They deny, for example, the harvesting of organs from prisoners of conscience, notably members of Falun Gong. They have spread false accusations against The Church of Almighty God, including that its members were responsible for the murder of a woman in a McDonald’s outlet in 2014, a crime in fact committed by a different religious movement.”

“China also claims that Article 300 of its Criminal Code, which punishes those active in a banned religious group with jail penalties from three to seven years or more, is only enforced against those who commit serious crimes,” Introvigne added. “But this is mere propaganda. Hundreds of decisions against Falun Gong practitioners, members of The Church of Almighty God, Shouters, All Range Church, and other Christian churches, and one recent case involving Jehovah’s Witnesses, prove that Article 300 is used against anybody who spreads the beliefs or the literature of a religious group that is banned in China.”

Some 1,000 members of The Church of Almighty God are seeking asylum in Korea. Two of them described their personal experiences of torture at the seminar. Using the pseudonym Xiao Rui, one woman said that during her brutal torture when she was strung up and beaten for 12 hours, a police officer admitted that official orders permitted them to kill victims. “‘It is nothing to beat them to death’ – this has become a (CCP’s) slogan for persecuting Christians,” she said. 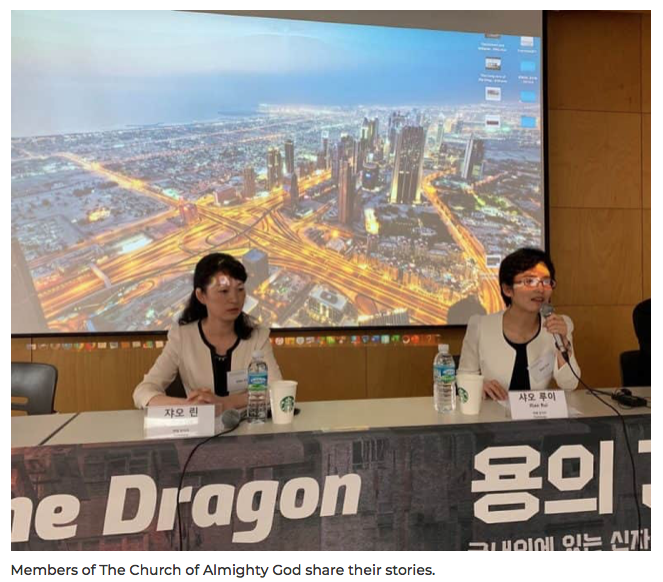 Another woman, “Zhao Lin,” also reported that she was arrested and tortured in China. After she fled to South Korea, she said, the CCP coerced her brother, together with family members of other refugees, to come to Seoul and participate in “false demonstrations,” asking her to “come home.” But in fact, she insisted, those refugees who have returned to China have been arrested and sentenced there, meaning that returning to China is not “going home,” but going to jail instead.

According to The Church of Almighty God figures, 20 members died in 2018 during torture or mistreatment by the police officers.

The experts urged governments around the world to accept that religious believers face arrest and torture if they return to China. As the Beijing authorities are using facial recognition cameras and DNA testing to amass data on believers and their families, it is hard for believers to hide in their home country. 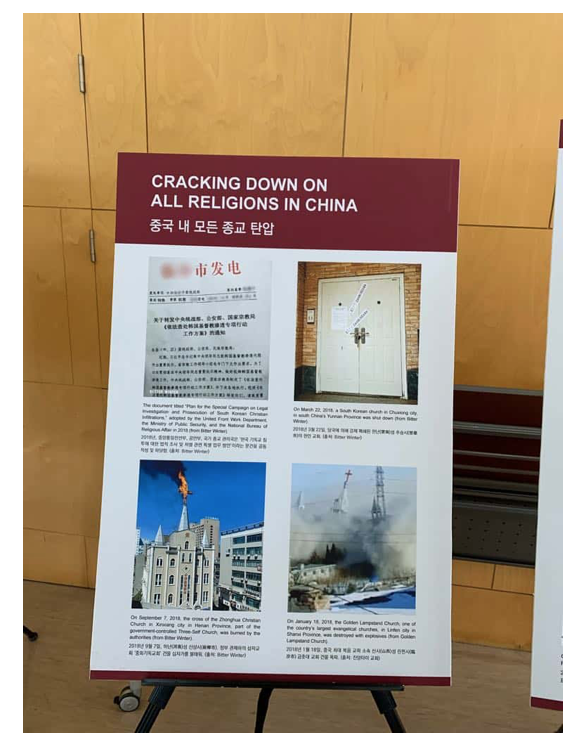 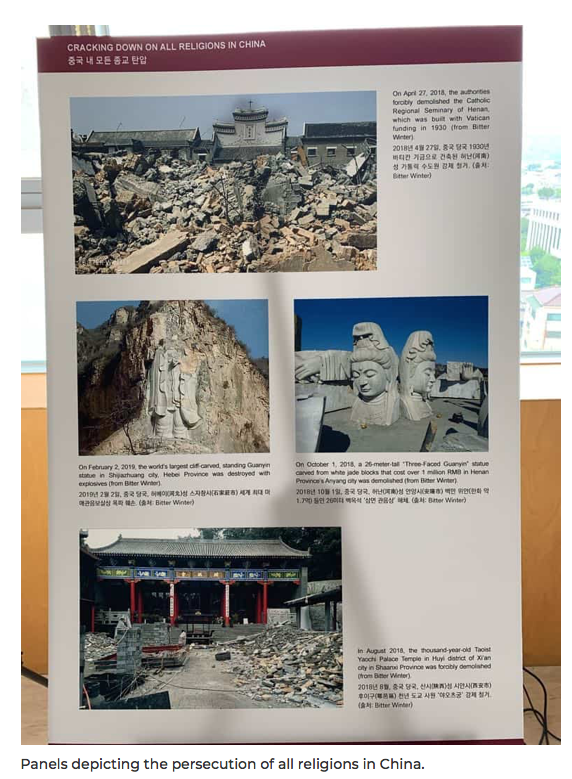 “Religious minorities in China are at high risk of being subject to arrest and torture if they remain in China or if they are deported back to China,” said Lea Perekrests, deputy director of Human Rights Without Frontiers. “China vastly exceeds all other countries in the number of freedom of religion or belief prisoners currently being held,” she said.

Among the methods used against religious prisoners, she said, are “constant surveillance, forced administration of drugs, violent interrogation, severe beating, sleep deprivation and use of ‘torture racks.’” “The research is clear and the legal expectations of China and governments hearing asylum cases are clear,” Perekrests said. “States need to abide by international non-refoulement laws and cease the extradition of Chinese asylum-seekers from religious minorities as they are at grave risk of torture and inhumane treatment should they re-enter China.” 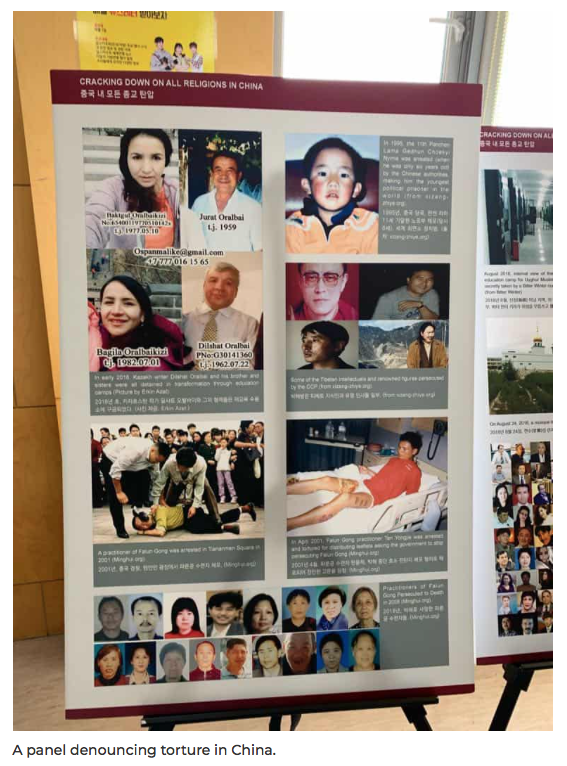 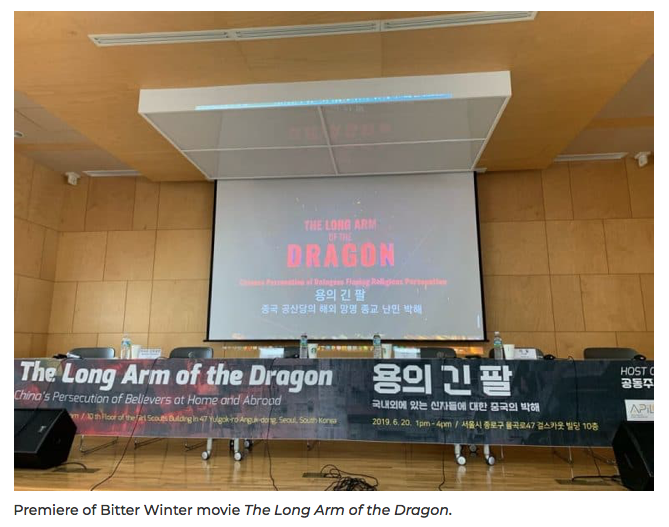 *All pics via Bitter Winter.