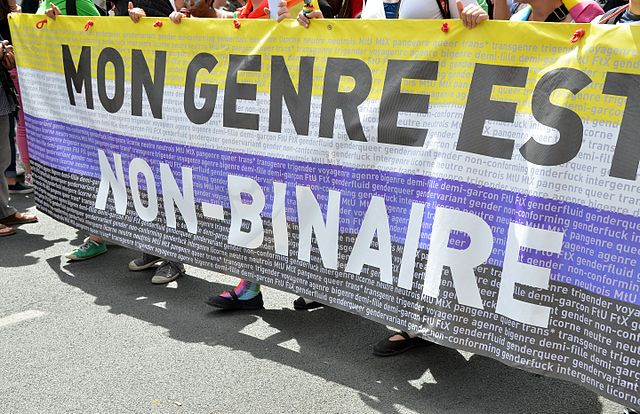 The Brussels Times (09.11.2020) – https://bit.ly/36wunXk – Belgium’s new government will introduce gender-neutrality throughout its term and make it possible for non-binary citizens to use the gender identifier “X.”

Federal Justice Minister Vincent Van Quickenborne said gender inclusion and self-determination will be one of the policies he will work on throughout his tenure, according to a general policy note released last week.

The court found that the law, which was passed in 2017 to allow people to modify the gender assigned to them at birth, needlessly maintained binary masculine and feminine genders, making it restrictive and discriminatory.

It therefore ruled that the law must take into account a person’s right to self-determination.

The justice minister said that his cabinet would push modifications of the law in parliament to “make [the law] on gender registration conform with the court’s decision.”

Van Quickenborne said the changes in question were “an ethically sensible issue” and said he hoped the debate could take place “in an open and flexible way” in parliament, where it would face lawmakers from the conservative fringes, such as the N-VA and the Vlaams Belang (VB) as well as his party’s coalition partner, the Flemish CD&V.

The move to do away with binary gender norms comes at a crucial time for LGBTQ rights across the globe, as some countries uphold and pursue diverse agendas while others seek to suspend or restrict civil rights and liberties.

While countries like Sweden and China beat Belgium to the punch in terms of inclusive gender legislation by decades —with both countries having passed their first transgender laws in the 70s— Belgium is a trailblazer in terms of political representation.

In 2011, Belgium became the first country in modern history to be led by an openly gay man, Elio Di Rupo, who is now the Walloon region’s minister-president.

The country broke new ground again this year with the appointment as Deputy Prime Minister of Petra De Sutter, who is now the highest-ranking transgender politician in Europe.