Submission of HRWF Int’l to the EEAS consultation of NGOs

HRWF (15.09.2016) – On the occasion of the European External Action Service (EEAS) consultation of NGOs on the partnership priorities EU-Algeria on 15 September, Human Rights Without Frontiers Int’l is urging the European Union to raise a number of issues concerning Christian minorities in Algeria.

Sunni Muslims compose more than 99 percent of the estimated 34.8 million people in Algeria. Christians compose a majority of the remaining one percent. There are varying estimates of the number of Christians and Jewish citizens in Algeria, between 12,000 and 50,000 people. These non-Islamic religious minorities are subject to institutional and societal discrimination.

The Algerian constitution provides that the “freedom of creed and opinion is inviolable,” which insufficiently protects freedom of religion or belief as guaranteed by Article 18 of the ICCPR. The constitution also declares Islam as the state religion and prohibits state institutions from engaging in behavior incompatible with Islamic values. It further prohibits non-Muslims from running for the presidency but non-Muslims may hold other public offices and work within the government.

Ordinance 06-03 forbids attempting to proselytize Muslims or even to shake the faith of a Muslim.

Proselytism carries heavy punishments; lay persons can receive one to three years in jail and fines up to 500,000 dinars; religious leaders can receive three to five years in prison and may be fined up to one million dinars. Further, conduct that incites, constrains, or seduces with a tendency to convert a Muslim, or using ―education, health, social, culture, training . . .  or any financial means to convert a Muslim is punishable by five years in jail and fines up to 500,000 dinars. However, there is no legislation banning Muslim proselytism of non-Muslims.

Ordinance 06-03 forbids printing, storing, or distributing materials for converting Muslims. It carries heavy penalties of up to five years in jail and up to one million Algerian dinars.

Freedom of association and assembly

Generally, all requests to register non-Muslim associations are deferred. In 2010, only one application for registration by a Jewish community was approved. In July 2014, Religious Affairs Minister Mohamed Aissa announced that Algeria intends to reopen synagogues that were shuttered in the 1990s for security reasons but added that “for the moment the state does not plan to do this right away because the security of the worshippers could not be guaranteed.”

Christian leaders reported difficulties in registering due either to government officials’ ignorance of the process or their plain refusal, even if they had knowledge of an administrative procedure.

Ordinance 06-03, together with other penal code provisions, allows the government to shut down any unapproved religious service, even in private homes.

Executive Decree 07-135 forbids observing non-Muslim religious events if a request for permission has not been submitted to the relevant wali (governor) at least five days before the event and approved by him, and the event must occur in buildings accessible to the public.

The Protestant Church of Algeria (EPA) is among a number of religious organisations concerned about the new law.

The law stipulates that an association must be present in at least 12 regions (out of a total of 48) across the country in order to be granted national status. Previously the EPA in Algeria was present in only five regions, so it was obliged to obtain the affiliation of other churches located across seven additional regions in order to comply.

Under the provisions of the new law, the Ministry of Interior will either issue a receipt of approval or a decision of refusal within 60 days.

The European Union then expressed its concern, “We hope that these practical difficulties in the implementation of this law, which are not quite the same for all associations, will be lifted to facilitate the work of associations,” said the head of the EU delegation of Algeria, Marek Skolil, during a press conference on December 22, 2014 in Algiers.

On Sunday 24 April 2016, a church in Mâatkas in Algeria’s north eastern Kabylie region was ordered to stop all religious activities. Algerian Churches, many of which primarily consist of Christians from a Muslim background, have come under increasing pressure in recent years. In 2010, Islamists burnt down a Pentecostal church in Mâatkas.

The closure of the church may in part be a response to significant church growth that has been happening in recent years, particularly in the Kabylie region. The people of this area are predominantly Berbers, a non-Arab ethnic group which had a significant Christian presence prior to the advent of Islam. In fact, north eastern Algeria is where Augustine of Hippo was bishop in the early fifth century.

Article 144 of the Algerian penal code criminalizes insults against Islam or Muhammad and provides that anyone who insult[s] the prophet and any of the messengers of God, or denigrat[es] the creed and precepts of Islam, whether by writing, drawing, declaration, or any other means may be imprisoned for up to five years and fined 50,000 to 100,000 dinars.

Offending the creed of Islam or its prophets is a criminal offense, as is insulting any religion.

Because the language of the statute is not precise, it is open to interpretation and manipulation by police and judicial officials. Algerian citizens have been arrested for eating in public during Ramadan, which was deemed to violate the sanctity of Ramadan. There is no law that specifically prohibits eating during Ramadan but in 2010 non-Muslims having lunch on a private construction site during Ramadan were arrested for “insulting Islam.” They were finally acquitted but declared not welcome as Christians in Algeria.

Blasphemy: A Christian sentenced to three years in prison in 2016

In early September 2016, Algerian Christian Slimane Bouhafs had his five-year jail sentence for committing blasphemy against Islam and its prophet on social media reduced on appeal to three years. A fine of 100,000 dinars (US$900) was also dropped.

He had been arrested on 31 July for posting a message on social media about the light of Jesus overcoming the “lie” of Islam and its prophet. He also published photos showing the execution of a civilian by an Islamist terrorist. 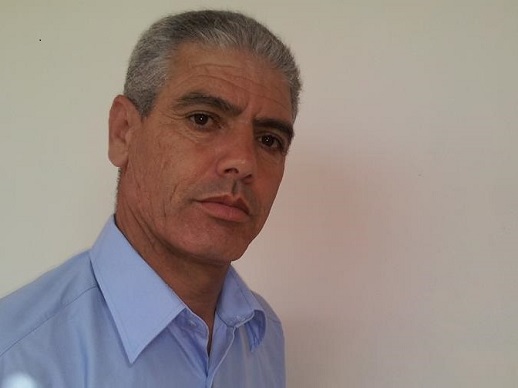 Bouhafs, 49, had appealed against the five-year sentence, which was the maximum possible punishment he could have faced, saying he had only spoken out against radical Islam and terrorism.

The Algerian League for Human Rights (LADDH), working on behalf of Bouhafs and the Protestant Church of Algeria (EPA), called the decision to keep Bouhafs in jail “amazing and offensive” and said it will now take his case to the Supreme Court.

Under the law, children born to a Muslim father are considered Muslim regardless of the mother’s religion.

And, further, that the government