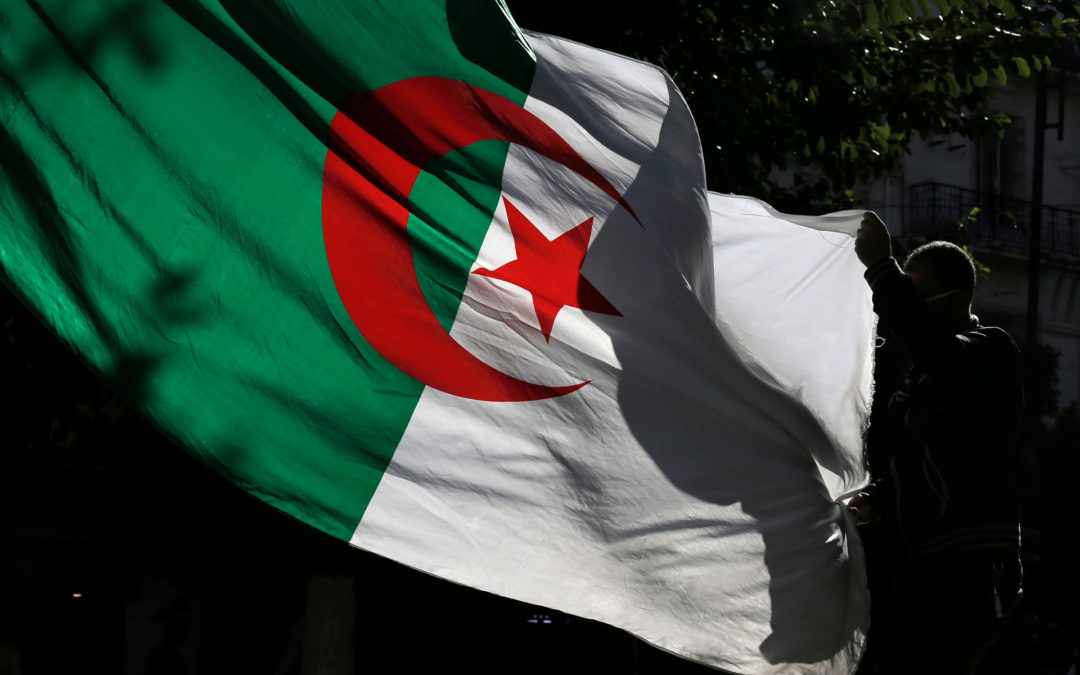 HRW (15.10.2020) – https://bit.ly/3dMEFpl – An Algerian court on September 3, 2020 sentenced 2 men to prison terms and 42 others to suspended terms after mass arrests at what the police alleged was a “gay wedding,” Human Rights Watch said today. The authorities should void the charges and release them immediately.

On July 24, 2020, police raided a private residence and arrested the 44 – 9 women and 35 men, most of them university students – in el-Kharoub, a district in Constantine Province, northeastern Algeria, after neighbors complained. An Algerian lawyer involved in the case told Human Rights Watch that the court used police reports describing the decorations, flowers, and sweets indicative of a wedding celebration, and the men’s supposedly gay appearance, as evidence of guilt.

“Algerian authorities’ attack on personal freedoms is nothing new, but arresting dozens of students based on their perceived sexual orientation is a flagrant infringement on their basic rights,” said Rasha Younes, lesbian, gay, bisexual, and transgender (LGBT) rights researcher at Human Rights Watch. “They should immediately release from prison the two men who would be free today were it not for Algeria’s regressive anti-homosexuality laws.”

The court convicted the 44 of “same-sex relations,” “public indecency,” and “subjecting others to harm by breaking Covid-19-related quarantine measures.” Two men were sentenced to three years in prison and a fine, and the others to a one-year suspended sentence.

These convictions contradict the right to privacy under international human rights law. This right is also reflected in Algeria’s constitution, which provides for the protection of a person’s “honor” and private life, including the privacy of their home, communication, and correspondence. The convictions of the 44 for “same-sex relations” indicate that Algerian authorities are discriminating against them based on their perceived sexual orientation and gender expression, Human Rights Watch said. The appeal of their convictions has not yet been scheduled.

In Algeria, same-sex relations are punishable under article 338 of the penal code by up to two years in prison. Additionally, article 333 increases the penalty for public indecency to six months to three years in prison and a fine if it involves “acts against nature with a member of the same sex,” whether between men or women.

Arrests for “moral” offenses that involve consensual adult activities in private settings violate international human rights law, including the right to privacy, nondiscrimination, and bodily autonomy protected under the International Covenant on Civil and Political Rights (ICCPR), to which Algeria is a state party. Algeria has ratified the African Charter on Human and People’s Rights (ACHPR), which affirms the rights to nondiscrimination, and has joined the African Court on Human and Peoples’ Rights. However, Algerian law does not extend antidiscrimination protections to discrimination based on sexual orientation or gender identity.

Additionally, Algeria has a law that prohibits the registration of organizations in Algeria whose aims are deemed inconsistent with “public morals,” and that imposes criminal penalties for members of unregistered organizations. This law poses risks to those who want to form or become active in LGBT groups, as well as to human rights organizations that otherwise might support such activities. According to a 2019 analysis by the International Lesbian, Gay, Bisexual, Transgender and Intersex Association (ILGA), laws regulating nongovernmental organizations in Algeria make it virtually impossible for organizations working on issues of sexual orientation and gender identity to legally register.

In light of the Covid-19 pandemic and the risk of outbreaks in detention sites, Human Rights Watch recommended that governments refrain from custodial arrests for minor offenses that do not involve the infliction or threat of infliction of serious bodily injury or sexual assault or a known likelihood of physical harm. Officials should also release anyone held pretrial, unless they pose a specific and known risk of harm to others that cannot be managed through measures other than detention.

Since March, Algerian authorities have imposed a ban on all social gatherings to slow the spread of Covid-19. Breaking quarantine and social distancing measures to attend a social gathering does not justify arbitrary arrests and prolonged pretrial detention, Human Rights Watch said.

“While people in Algeria continue to demand their basic rights to protest, the authorities are dedicating their time and resources to crack down on students and stockpile discriminatory charges against them,” Younes said. “Instead of policing its citizens’ private lives, the Algerian government should carry out reforms, including decriminalizing same-sex conduct.”

Photo: An Algerian demonstrator holds the Algerian national flag as he stage a protest against the government in Algiers, Algeria, Friday, Nov.29, 2019. © 2019 AP Photo/Toufik Doudou