Deported to China by Switzerland, Wang Xiumei is now in prison

HRWF (16.11.2018) – Born on 5 April 1956 in Linshu County of Linyi City, Shandong Province, Wang Xiumei joined The Church of Almighty God (CAG) in September of 2004. After facing persecution in China, Wang Xiumei fled to Switzerland to seek asylum on 23 April 2015. Wang Xiumei’s application was rejected and on 2 May 2017, Wang Xiumei was deported back to China.

Upon return to China, Wang Xiumei found herself in a dangerous situation. Too afraid to return back to her home, Xiumei rented a room in Linshu County. Less than two months after her return, on the night of 27 June 2017, police from the Linshu County Public Security Bureau of Linyi City, Shandong forcefully entered her apartment. The police immediately arrested her and began rummaging through her belongings, seizing a laptop, cellphone, checkbook, and credit cards.

On 30 June 2017, the Linshu County Public Security Bureau sentenced Wang Xiumei to fifteen days of administrative detention for ‘participation in cult activities’. On 14 July, the day that her administrative detention expired, the Public Security Bureau announced that they would again detain her on charges of ‘using a Xie Jiao organisation to undermine law enforcement’.

On 18 August 2017, the Linshu County court issued an arrest warrant for Wang Xiumei and subsequently sentenced her to 3.5 years in prison for ‘suspected use of a Xie Jiao organisation to undermine law enforcement’ coupled with a fine of 30,000 RMB (approximately ). After the court announced this, Wang Xiumei was escorted to the Linyi City Women’s Detention Center.

Wang Xiumei remains in prison today – her sentence will expire on 29 December 2020.

Human Rights Without Frontiers has collected and reviewed testimonies of many CAG members who have spent time in Chinese prisons. Nearly every single case contained testimonies of severe torture, and some even death. Sadly, the statistics reveal that Wang Xiumei will most likely suffer a similar fate. 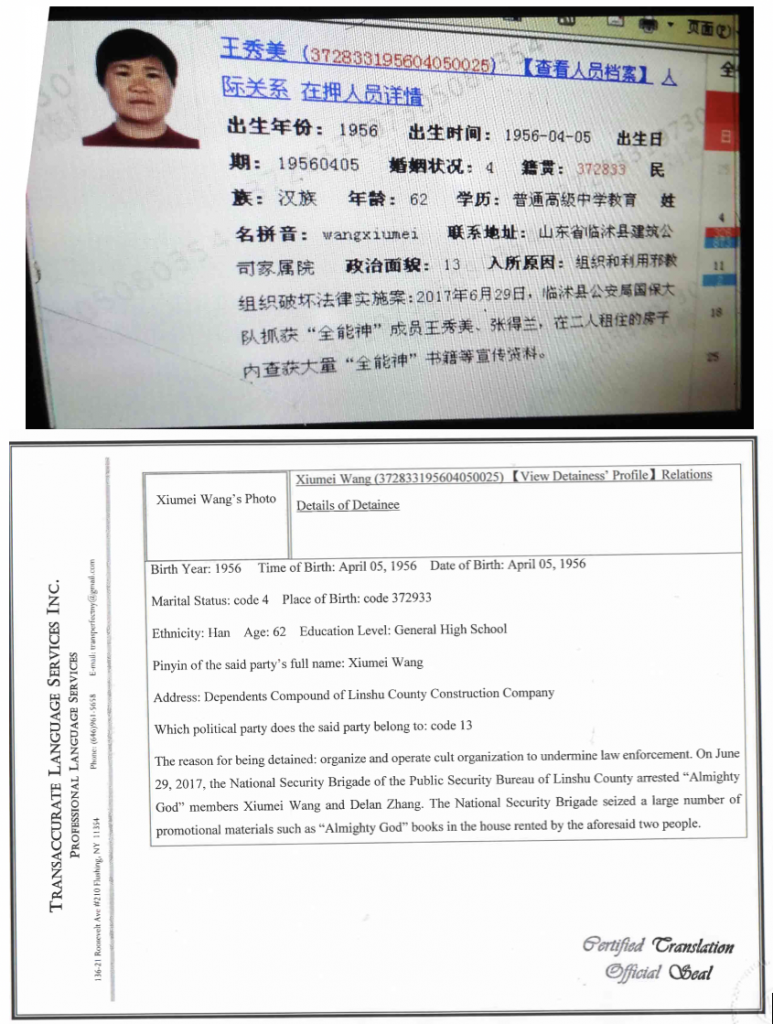 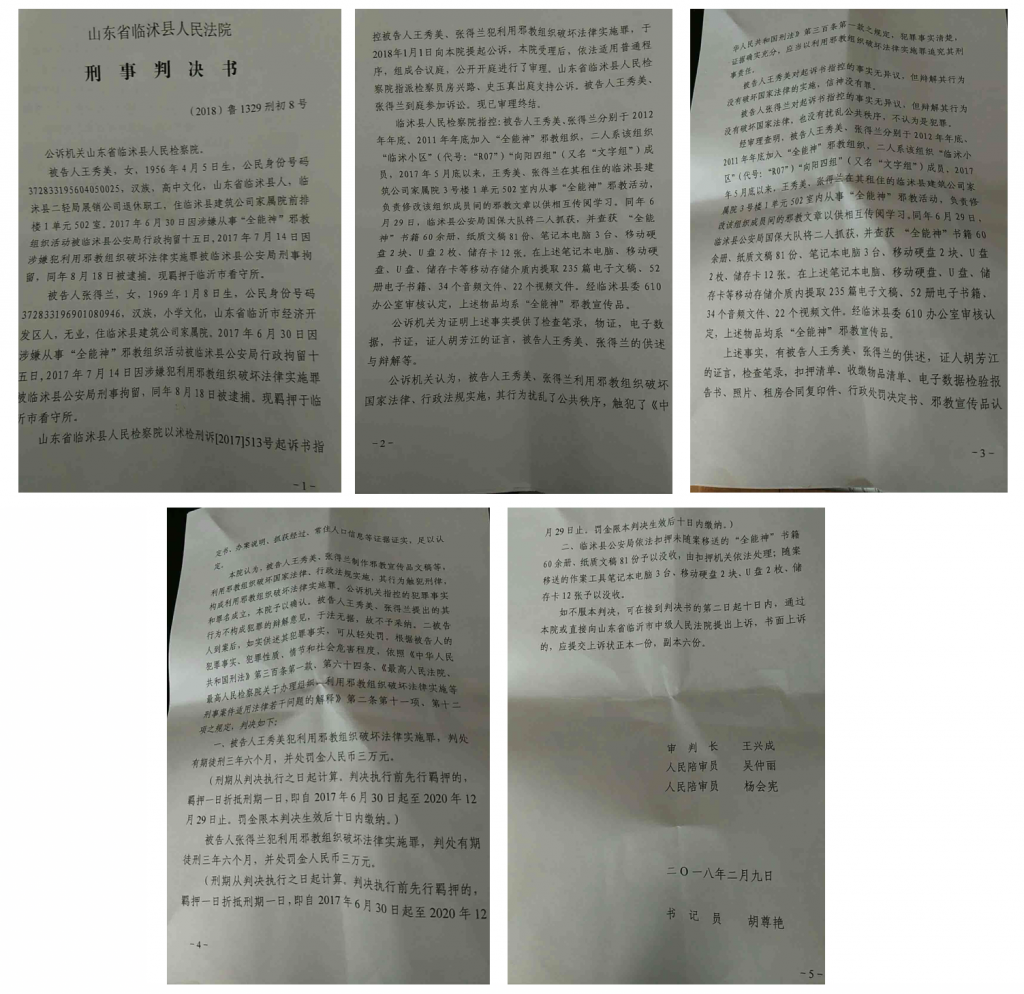 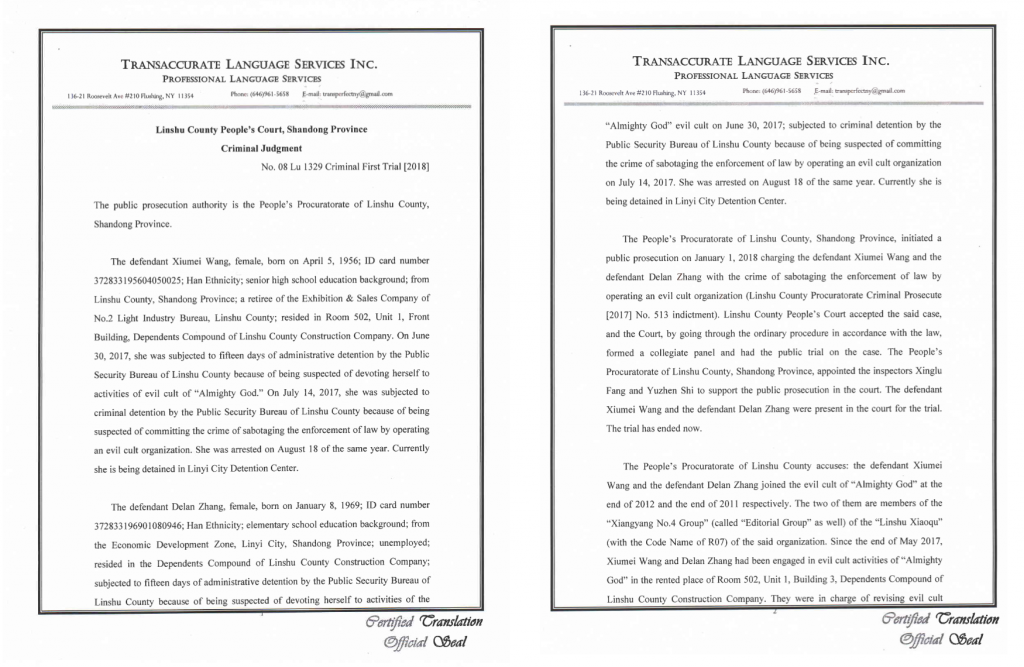 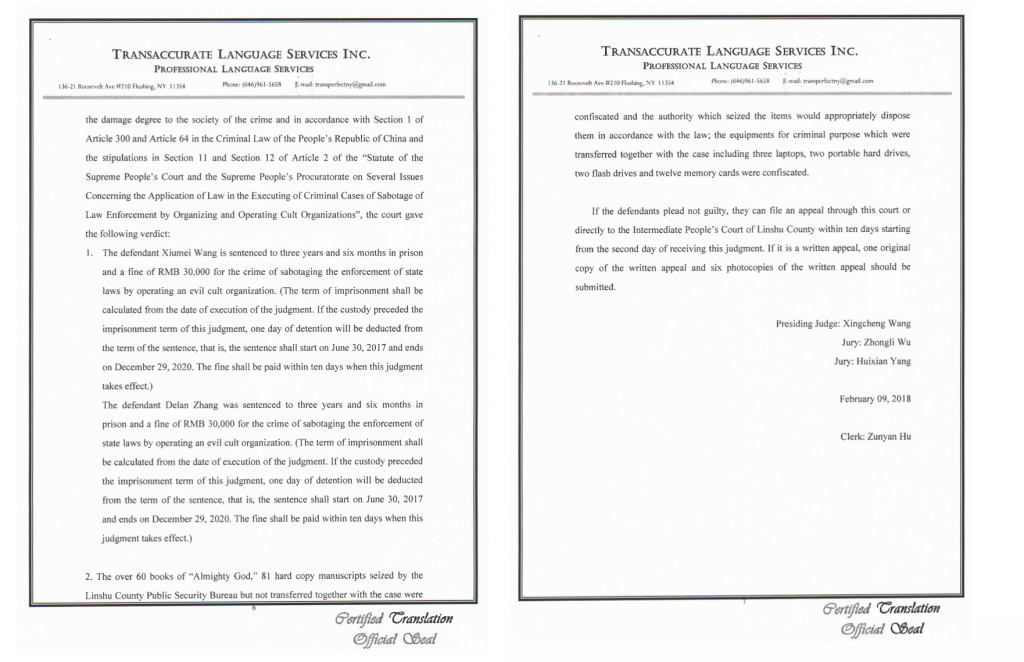