A timeline of the coronavirus outbreak and China’s coverup 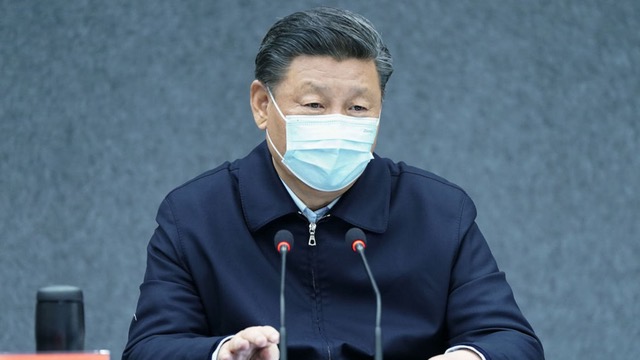 Dailywire (20.03.2020) – https://bit.ly/2xYSFeG – The U.S. State Department on Thursday released two timelines: The first about the coronavirus outbreak and the second about the Chinese Communist Party’s (CCP) coverup of the outbreak.

Secretary of State Mike Pompeo explained to Fox News’ Sean Hannity earlier this week to talk about China’s “disinformation campaign” regarding the coronavirus.

“This disinformation campaign, which began when we began to call out this risk that was created not only for the Chinese people, but now we can see people all across the world where the Chinese Government knew about this risk, had identified it, they were the first to know, and they wasted valuable days at the front end, allowing hundreds of thousands of people to leave Wuhan to go to places like Italy that’s now suffering so badly. They tried to suppress this information – you talked about the means by which they did it – instead of trying to actually do the work to suppress the virus, which is what the world demanded. And the Chinese Communist Party didn’t get it right and put countless lives at risk as a result of that,” Pompeo said.

Below is a compiled list of both the outbreak and coverup timelines.

November 17: The first case of someone suffering from COVID-19 occurs in Wuhan, according to the South China Morning Post.

December 10: Wei Guixian, sold goods in Wuhan’s wet market, reportedly started feeling sick on this day. Thankfully, she was released from the hospital in January, The Wall Street Journal reported.

December 27: Zhang Jixian, a doctor at the Hubei Provincial Hospital of Integrated Chinese and Western Medicine, sounds the alarm about a new disease that has already affected 180 patients, the Morning Post reported.

December 31: More than a month after the first incident of COVID-19, Chinese officials alert the World Health Organization (WHO) China Country Office about pneumonia with an unknown cause affecting people in Wuhan, Caixin Global reported.

January 1: Eight doctors, including Dr. Li Wenliang, are detained and questioned by the Chinese government, who condemn them for “making false statements on the Internet,” CNN reported. Li is then forced to write a letter saying his warnings “had a negative impact,” the Journal reported.

The Wuhan seafood market where the virus allegedly first broke out was finally closed, though it is then “disinfected” without swabbing the individual animal cages or drawing any blood from the workers, meaning the evidence of what may have been the source of the virus was destroyed, the Times reported.

January 9: WHO released a statement about the cluster of pneumonia cases in Wuhan, suggesting the cases pointed to a coronavirus as the possible pathogen causing the issues. The statement also said China ruled out SARS, MERS, influenza, bird flu, and other common pathogens.

January 10: Wang Guangfa, a prominent People’s Republic of China government expert, told state broadcaster China Central Television that the pneumonia outbreak was “under control” and downplayed the virus as a “mild condition,” the Times reported.

January 11: Because the Chinese government took no action on Yongzhen’s genomic sequence, he published the data online to help the world work on testing methods, the Morning Post reported.

January 12: The National Health Commission shared the virus genomic information with the WHO for the first time, Caixin Global reported. On this same day, Youngzhen’s lab in Shanghai is closed for “rectification,” the Morning Post reported.

January 14: WHO said there may have been human-to-human transmission of the virus, Reuters reported. Also on this day, Chinese police wearing plainclothes start detaining journalists trying to report on the outbreak at Wuhan’s Jinyintan Hospital. The journalists are forced to delete any footage taken and hand over their phones and cameras for inspection, Business Insider and the Times reported.

January 18: Despite the presence of the coronavirus, Wuhan holds a “potluck” banquet for 40,000 families to try and break a world record, The New York Times reported.

January 20: Dr. Zhong Nanshan, who helped fight SARS, says in a TV interview that the coronavirus is spreading from person to person. Nanshan also said later that if the Chinese government had acted in December or early January to contain the virus, “the number of sick would have been greatly reduced, the Journal reported.

This same day, Wuhan Mayor Zhou Xianwang said Beijing rules kept him from disclosing information about the threat of the coronavirus, the Journal reported.

January 23: Wuhan is finally locked down, even though about 5 million people had already left the city without being screened by that time.

February 7: Dr. Li Wenliang dies of the coronavirus, which he contracted from a patient. Wenliang was detained for sounding the alarm on the virus, the Journal reported.

February 9: Another citizen journalist, Fang Bin, who was also a local businessman, disappeared after posting videos from Wuhan on Chinese social media, the Times reported.

February 15: President Xi tightened control over Internet discussion even further, the Agence Free-Presse reported. On this same day, activist Xu Zhiyong was arrested for a February 4 essay calling for Xi to resign for suppressing information about the coronavirus. Xu had been on the run for two months, NPR reported.

February 16: Professor Xu Zhangrun was put on house arrest and banned from social media and the Internet for publishing an essay stating “The coronavirus epidemic has revealed the rotten core of Chinese governance,” The Guardian reported.

February 19: Reporters for the Journal had their press credentials revoked by Beijing over their coverage of the coronavirus outbreak, the Journal reported.

March 14: Another activist, Ren Zhiqiang, disappeared in Beijing after criticizing the way Xi responded to the coronavirus, the Times reported.