2020 Sakharov Prize awarded to the democratic opposition in Belarus 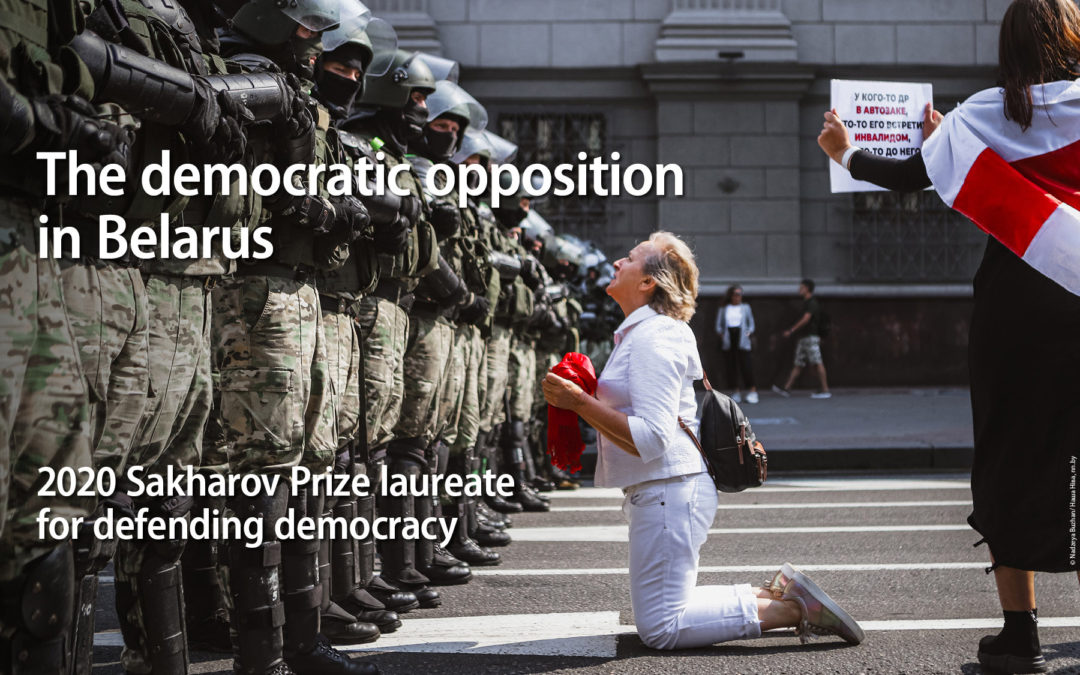 EU Reporter (24.10.2020) – The democratic opposition in Belarus has been awarded the 2020 Sakharov Prize for Freedom of Thought. European Parliament President David Sassoli announced the laureates in the Brussels plenary chamber at noon today (22 October), following an earlier decision by the Conference of Presidents (president and political group leaders).

“Let me congratulate the representatives of the Belarusian opposition for their courage, resilience and determination. They have stood and still stay strong in the face of a much stronger adversary. But they have on their side something that brute force can never defeat – and this is the truth. So my message for you, dear laureates, is to stay strong and not to give up on your fight. Know that we are by your side,” President Sassoli said, following the decision.

“I would also like to add a word on the recent killing of one of this year’s finalists, Arnold Joaquín Morazán Erazo, part of the Guapinol environmental group. The group is opposing an iron oxide mine in Honduras. It is imperative that a credible, independent and immediate investigation is launched into this case and those responsible must be held to account,” he added.

Protesting against a brutal regime

The democratic opposition in Belarus is represented by the Coordination Council, an initiative of brave women, as well as prominent political and civil society figures. Read more about the laureates, as well as the other finalists here.

Belarus has been in the midst of a political crisis since the disputed presidential elections on 9 August, which led to an uprising against authoritarian President Aliaksandr Lukashenka and a subsequent brutal crackdown on demonstrators by the regime.

The Sakharov award ceremony will be held on 16 December.

The Sakharov Prize for Freedom of Thought is awarded each year by the European Parliament. It was set up in 1988 to honour individuals and organisations defending human rights and fundamental freedoms. It is named in honour of Soviet physicist and political dissident Andrei Sakharov and the prize money is €50,000.

Last year, the prize was given to Ilham Tohti, an Uyghur economist fighting for the rights of China’s Uyghur minority.

Photo: Democratic forces in Belarus have been protesting the brutal regime since August